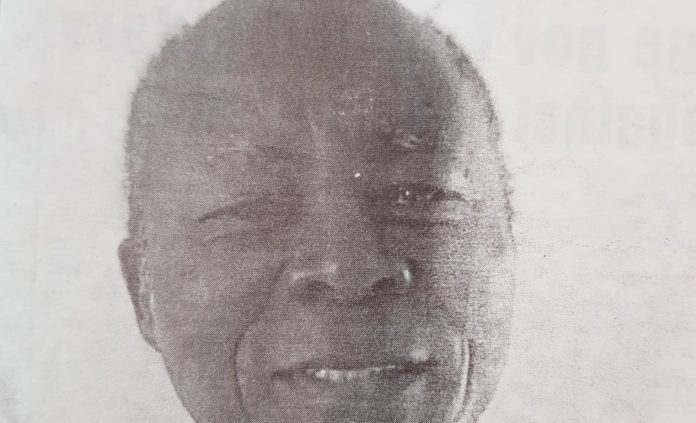 I have lost a good uncle and friend of mine last weekend, when Mr. T.G.G Senghore, a pioneer Gambian Civil Servant, third Governor of the Central Bank of The Gambia and a staunch Catholic, died at the age of 83. He has been ill for some time, in fact since the demise of his loving wife a few years ago.

He was one of the first Gambian Divisional Commissioners after Independence. He spent two years at Georgetown as Commissioner of Maccarthy Island Division. In fact, he had the unenviable task of announcing the death of Abdou Saidykhan, the famous hippo hunter, who was killed by hippos off Kuntaur in 1968.

From Georgetown, Mr. Senghore came back to the Ministerial Civil Service cadres and in 1972, he was promoted to permanent Secretary Ministry of Works, where he worked with Sir Alieu Jack, the PPP stalwart and powerful Banjul political leader. It was under his watch as Permanent Secretary that the Farafenni-Laminkoto road was completed.

He was returned to the Ministry of Finance in 1974 as Permanent Secretary. With Sheriff Dibba(1937-2008), he helped to create and put the Central Bank of The Gambia on very sound footing. Once in my office, Mr. Senghore told me how as Permanent Secretary at Finance, he worked with I.M Garba Jahumpa to make The Gambia one of the first African countries to get aid from the Arabs a few months before the outbreak of the Arab-Israeli War of 1973. Mr. Senghore was one of the civil Servants most adept with managing The Gambia’s Finances, as he had worked as Supernumerary Officer, a sort of Director of Budget and Salaries, from 1969 to 1972. T.G.G grew up in the Colonial Service under the watchful tutelage of British officials like K.J.W Lane, D.A Percival, F.A Evans whom the young Gambian cadre like T.G.G, Ousman sallah, Omadi Diarra, Tapha Sosseh, S. M. Sissioho, demba Ndow, Hatib Janneh and other replaced at independence in 1965.

T.G.G served as PS at Finance from 1974 to 1982 when he was appointed Governor of the Central Bank of The Gambia(CBG) following the departure of Mr. S.S Sisay to become Minister of Finance for the second time.

At the CBG, he completed the Gambianization of the Bank ensuring that young Gambian economists filled up the most senior positions such as General Manager, which Mr A.A Faal(1931-2012) took over from the departing Burmese Mr. Tin Tun. Indeed, for a lustrum, it was the signatures of Mr.T.G.G Senghore and Mr. A.A Faal that were put in our dalasi notes. One day he passed by to see me in the National Museum and I asked him how it felt having one’s signature gracing the national currency? ‘Well, it was simply a signature. It did not give me any extra Dalasi, or made the Dalasi in my pocket more useful…’ Such was his modesty. During his tenure, the Central Bank of The Gambia introduced the octagonal or 8 sided Dalasi coin to replace the Dalasi note. Presenting the new coin to President Jawara at State House, in January 1988, he told the Gambian leader that he had ordered a stock of 6 million coins from the UK Royal Mint, and minting the stock cost D920,449! Such was T.G.G’s exactitude!

It was therefore a surprise that in March 1988, he suddenly resigned from the Governorship of the CBG. The Gambia was shocked that anyone would resign from such a plum job. He told me he did so out of modest principles; when he found himself headed on a collision course with his boss, S.S Sisay, on an issue key to his work as Governor. I have asked him many times, why he resigned as Governor of the CBG? He always refused to say exactly. It was clear that this was in the middle of the Economic Recovery Programme(ERP) when the PPP government was forced to implement stringent structural adjustments such as slicing off the fat in the Civil Service and selling off loss making parastatals like The Gambia Commercial Development Bank. Mr. T.G.G was replaced by another prominent Gambian fiscal expert, Mr. Mamour Jagne.

However, his resignation from the CBG was headline news in Banjul in March 1988. ‘Central Bank Boss Quits’, ran the banner in The Gambia Onward. In the front page story, the newspaper described T.G.G as ‘competent, reliable, efficient and honest, dedicated…’

Following his resignation, T.G.G did not return to the Civil Service. He retired early, and dedicated himself to Church work. In 1975 and 1979, the Pope Paul VI decorated him for service to the Catholic Church and in 1991, he played an leading role in His Holiness’s visit to Banjul. His name sake, he told me, Abbe Thomas Gregory Jobe (1906-1995) was a noted Senegambian priest and church man and diplomat.

He also took up videography and would occasionally find me in the archives to fact check his archival details. I hope that his trove of films on events in this country for the past 40 years will be preserved for posterity.

In his demise, The Gambia has lost a faithful servant; loyal, dedicated and modest. Me, I have lost a friend who kept at me so much, and always led me to new sources on contemporary Gambian history. To his family and friend and church colleagues, I convey my sincere condolences and pray that his soul rest in peace.