‘They don’t even have a chicken house in Gambia’: President Barrow says his critics in Diaspora are jobless citizens who get sponsored to smear him 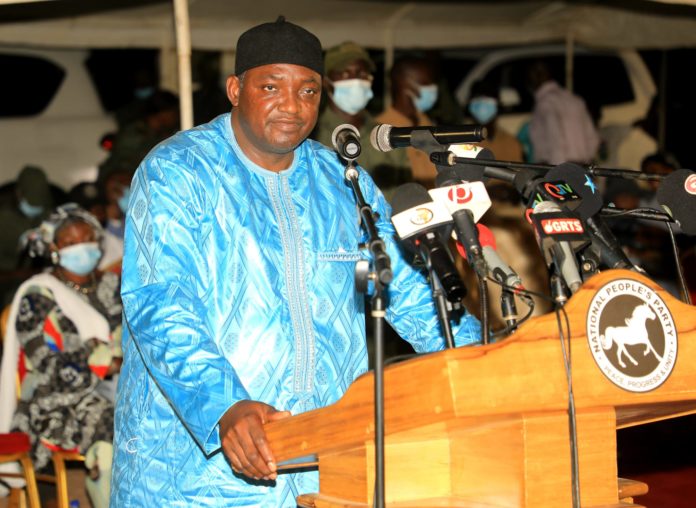 President Adama Barrow has asked his supporters to ignore his critics in the Diaspora as they are just idle citizens who do not have a job and being sponsored by political parties in The Gambia to smear him.

President Barrow have the request on Friday in Brikama during his rally there attended by thousands of citizens.

The president said: “Ignore them, these people in the diaspora talking. They don’t even have what to eat. They don’t also even have a chicken house in The Gambia here. It is those parties who put money together and take it to them in order for them to be there talking malarkey talk just to sow discord among Gambians. These are the people who do not work.

“But those who have jobs and are into serious jobs are not into maligning Gambia and malarkey talk. These people support Gambia. But those people whom you know some came to look for a job from me and did not get it and went and became opposition. You have a lot of them.

“A lot of them are hypocrites. A lot of them are travelling with diplomatic passport and it’s me who gave it to them. Because I realized they are Gambians and are responsible people and are also party leaders. But all their travel, they go character-assassinate Gambia and myself. I am a man of peace and I want peace for this country and anyone who is a man of peace should join me to build this country.”