The Surest Way Africans Can Fight Racism Against Blacks 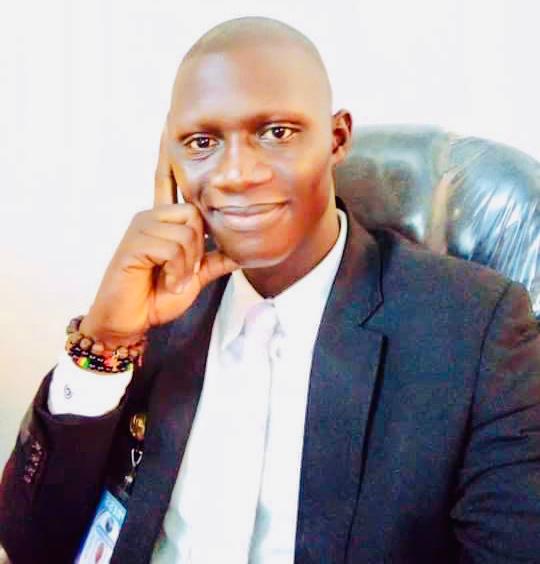 Racism against blacks in Europe and America is no longer news to those who are sensitive to history and trending happenings. Though it is recently not as horrible as it was during the transatlantic slave trade, the practical and total end of racism against blacks continues to be a treasure surrounded by fierce lions in a forbidden forest.

From the civil rights movement in the 50s to the recent ‘black lives matter movement, there have been many movements and campaigns advocating for the dignity and respect of black people. Notwithstanding such, the world continues to experience untold discrimination against blacks in America, Europe and the Middle East. Blacks, irrespective of their current citizenships or nationalities, are historically and genetically believed and/or proven to have originated from Africa. Thus, this article is exclusive to what Africans and African countries need to do to fight racism against blacks other than just crying and expressing frustration.

One surest way to go is to make Africa a safe haven for black Africans. Africans encountering degrading treatment overseas are going through such experiences because they left their countries and travel to the West (sometimes via life-threatening means) just to make ends meet and possibly lift their families above poverty.

Also, in the entire globe, the best and advanced education, Technology, healthcare, infrastructure, trade systems, employment opportunities and other amenities or essentials of life are in the West and the Middle East. Through the aid of social media and the life-changing evidence of some Africans living abroad, these places continue to be seen by Africans as “Paradise on Earth” whereupon entry and residence their lives would suddenly change for good.

Travelling to the West and the Middle East is not only the dream of poor Africans but also the desire of the politically and economically endowed Africans. Most influential African politicians, business tycoons and civil servants boost the economies of those countries by visiting or sending their relatives there for educational, business, medical and touristic purposes. Africa continues to struggle in competing with other continents on all development facets as it wallows in poverty, deficiencies and snail-pace development.

The continent continues to import more than what it exports, as many African countries cannot even grow what they eat; literally, everything is imported thereby augmenting non-African economies.

In many parts of the continent, learning continues to be only theoretically driven with extremely few practicals in areas like engineering, medicine, pharmacology, Mass communication, law, information technology and more. Because of such deficiencies in enhancing practicals, many students graduate from universities with very little or no practical knowledge in their disciplines. Obviously, there are ramifications around that especially when such theoretically-loaded but practically deficient people occupy positions of trust which require practical abilities to enhance efficiency and productivity.

Information and Communication Technology (ICT) is another essential facet that continues to be a serious challenge in most places of the continent, like internet connectivity, off and online call, computer literacy and other basic ICT privileges are still not effectively efficient. Mobile and Internet service providers in most African nations only cover cities and regional headquarters, cutting off people in most rural settings from the communication world.

Healthcare in a good number of African nations continues to be weak and unreliable, as affluent Africans prefer travelling abroad for medical attention. Most of the healthcare providers are general practitioners with no defined speciality.

Interestingly, the continent has raw talents in sports, entertainment and innovation that are not supported to unleash their potentials, influence society and fly the flags of their nations and by extension the continent. Great and mind-blowing talents have died unsupported while others are on the verge of death due to little or no support from state and non-state actors. Surprisingly, if you check most Africans who are exponentially growing and shining in sports, entertainment and science in the United States, United Kingdom, France, Germany, Italy and more, you would find out that they were either demotivated or unsupported to explore their natural abilities in Africa. Now they are naturalised citizens of non-African countries and are flying their flags high other than those of their native land.

Moreover, the economies of African countries are driven and controlled by external factors from the West. The legal tender (currencies) of most African States are constantly and consistently depreciating when placed in the global exchange rate market. It is incredibly astonishing to know that most African states have in excess the raw materials of the products they import. The continent still lacks the technical abilities to produce what it consumes, as the West continues to mine and ship minerals and other natural endowments from the continent.

The aforementioned realities are by no means exhaustive of the challenges or problems faced by the continent due to the absence of patriotism and the quest to get rich at the expense of one’s nation and people.

In view of the aforesaid, fighting racism against black Africans should not only be limited to anti-racism protests and campaigns. More importantly, the fight should prioritise the competitive development of the continent in all sectors. The racism fight will only speak volume when Africa becomes economically, politically, scientifically and infrastructurally reliant and competitive. Until the continent attains such status, blacks (especially those from Africa) will continue to be perceived and treated by the West as the inferior component in the global space.

The way forward is nationalism and Pan-Africanism. On the angle of nationalism, leaders and the led in African countries should understand that the ultimate and overarching objective should be the sustainable development of their countries devoid of all sentiments and alienation. On Pan-Africanism, African states through the African Union (AU) and sub-regional bodies should adopt and robustly enforce policies, protocols and treaties for the sustainable development and prosperity of the continent and its people.