The Standard names President Barrow Gambian of the Year 2021 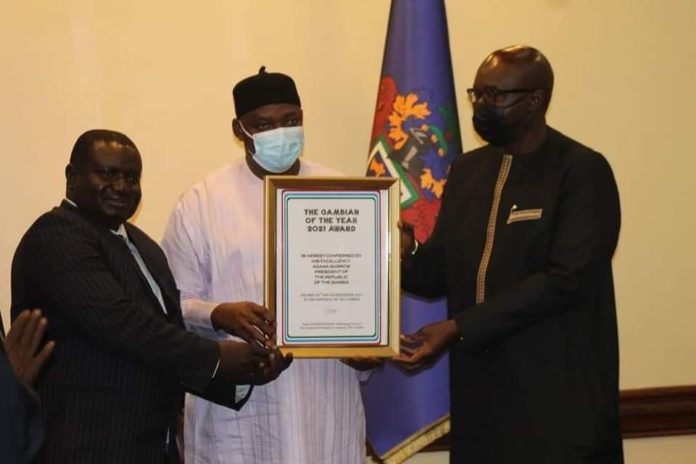 The nation’s leading newspaper The Standard has named President Adama Barrow Gambian of the Year 2021.

Officials of the daily met President Barrow at State House on Thursday to present him a certificate of award and a trophy.

Swaebou Conateh’s News and Report Magazine initiated the awards in 1992 but the awards are now given by The Standard newspaper, according to the paper.

Lamin Jassey in congratulating the president, wrote: “And he is also the man of the year! Hearty congratulations to my great friend His Excellency President Adama the man of Year.”