The Riverside and the Jolt of Memory 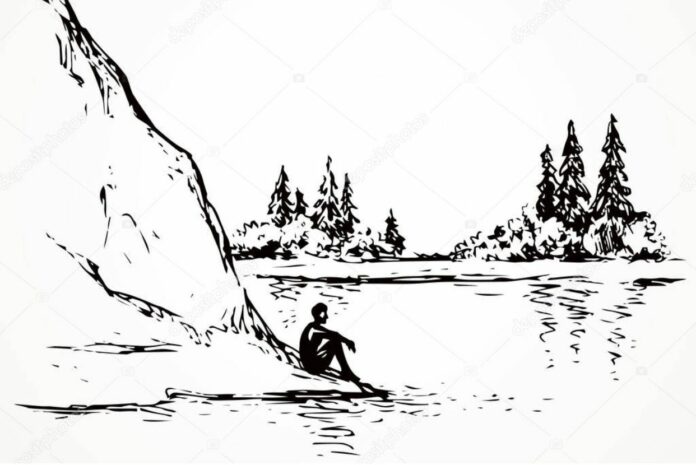 I keep having flashbacks of a trip I made to the riverside in the middle American city of Detroit several moons ago.

It was the annual Detroit Jazz Festival by the river. I remember the weather being cool, but not cool enough to dampen a quest for the outdoors or a drive into town. So, I went down to the festival to luxuriate myself in some cool jazz melodies. But I knew I also needed to get away, to rebuild some positive comportment. All day long, I had felt disengaged and grumpy and unmotivated – it was the kind of feeling that something just wasn’t right. Perhaps, some major irritant – whatever it was – had discommoded me. Or perhaps, I had fallen captive to the occasional doldrums of life. Now and again, the human spirit undergoes sporadic tumults, spiraling into a state of vapidity, a monument to man’s powerlessness to micromanage the realities of quotidian life.

But finding myself in a throng of jazz devotees and feeling the tenderness of a musical jamboree by the river banks and with an overhead cast clear enough as to influence spurts of free-spiritedness, I felt invigorated, returned to my old, jolly self – the therapeutic power of music is no idle talk. Suddenly I became ebullient, an ebullience epitomized by a child’s recovery of a long-lost puppy.

During an interlude in musical activity, I decided to stroll down the riverside. The scenery in front of me was a hodgepodge: boats sailing at glacial speed; couples, adjoined on scooters, racing haphazardly in the waters; aquatic birds, perhaps some sea eagles on aerial reconnaissance for their quarries, flying low, so low that their tails rested on the waters; and the hazy sights of the skylines, the people and cars of the Canadian city of Windsor over there – on the other side of the river.

I have been to the riverside many times in my life. Growing up in Basse, I frequented the river: to fish, to read, to watch the arrival and departure of the Lady Chilel Jawara, to lounge with friends, to idle about on one of those sprawling, chunky roots of river-side trees, raining stones in the river’s miniature waves and amusing myself with the resultant ripple formations. Being in close proximity to rivers or any other large streams of water can bring a mixture of fear and curiosity and excitement to any child. But beyond that, what does a child know about the aesthetic value of rivers or the possibilities of ruminative indulgences in riverside escapades?

Many, many years later, and wandering along the Detroit River on that unseasonably mild summer evening, I felt a surge of maudlin nostalgia. Or in the words of the late American novelist William Styron, “I felt caught up in a reverie of years long past.” If you allow it, solitude along riverbanks can take you back in time, into the distant past, reducing the faraway-ness of certain events in your life to panoramic immediacy, exhibitions dangling before your own eyes.

As I sat under the stubby tree near the river banks, watching boats sail by, listening to birds chirping around me, and feeling the gentle winds emanating from the eddies, I walked down memory lane – my mind emigrated to the past. Two recollections came bolting out of my memory vault: I remembered the first and only time my late mother taught me how to cut an orange. She had seen me struggle trying to peel the fruit. Sensing my difficulty, but more than that, worrying over my inept handling of the sharp knife, mum took it upon herself to teach me how to peel an orange with a knife and with a great flair of the hands.

But practice as much as I did, I could never be up to it. Perhaps, sensing a mismatch between my mechanical aptitude and the skill on demand, mum fashioned an easier way for me: splitting the orange into four half-moon pieces and then with the help of the thumb, peel off the rind from the outer cover. To this day, I continue employing this talent, handed down from a parent to a child, and much to the amusement of friends.

I also remembered as a child, perhaps at nine or ten years old, joining my late grandmother on a summer dawn in the family yard, picking up the mangoes on the ground left there by the strong winds the previous night. Using torch lights, we roamed the homestead, picking up the mangoes and separating the ones half-mauled by birds and bats. And then I watched the sun gradually rise above the tree-tops and granny retreating to her abode.

These two recollections flickered in my mind as if they were just happening; they lent themselves to a certain quiddity. But why I discovered them – or why they seeped into my imagination for the first time, and in a distant, foreign land, I had no way of knowing. But certainly, it looked like the information about these events had always been tucked somewhere in my memory bin; it had never left. Perhaps, the folder for these two events in my long-term memory had been buried under far too deep, and therefore, the delay in its surfacing, its retrieval.

My recollections personified what psychologists call “episodic memory” – the memory associated with personal experiences, particular events, and sentimentalities; the kind of memory able to hold sway over your attention, forcing you to stare into the infinite distance for long spells of time. Such memories have longevity because the individual feels an innate emotional attachment to them. Your first day of school, your wedding night, the birth of your first child, the death of a parent are some examples of episodic memory. You do not only recall these events but also pint-point their location and time. They may remain dormant, but it doesn’t mean that they’ve left. Their evocative durability allows them a permanent stay in the human mind – well, at least, until infirmity comes along.

My remembrances revolved around childhood and kinship; two themes certain to stir the sentimental beast in anyone. But, perhaps, sometimes we need a certain amount of solitude and longing, and proximity to the harmony of nature, for some memories to come gushing out, vaulting into self-consciousness.

*** *** ***
With the sun long collapsed beyond the river bend, darkness was fast making its way, heading my vicinity. It was time to leave, and before the concert-goers crowded out the highways. Still lost in the large sweep of my ruminative world, I got into my car and then began the trip home, heading west. Under the vibrant streetlights, I drove through the city center, past the towering General Motors world headquarters building, and then disappeared into the tunnel linking up with the I-10 Lodge Freeway. It would take a speeding motorist to fully rouse me, this poor, nostalgic soul, from his wonderland.