“The President’s Speech Is Brilliant; It Is Now Time To Translate Those Words Into Actionable Policies And Progressive Governance” 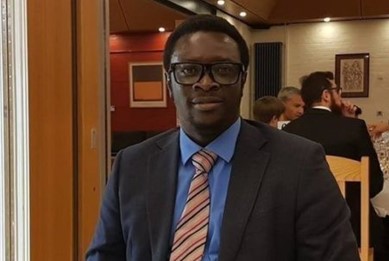 Legal luminary M. Robertson Roberts has commended President Adama Barrow for delivering a speech he describes as brilliant but says the head of state must now work towards translating his words into actionable policies and progressive governance.

Roberts Esq was commenting shortly after the president delivered his address to the nation on Monday night following the conclusion of National Assembly Elections over the weekend.

“An absolutely fantastic speech by President Adama Barrow. This is the most well-crafted speech he has delivered since taking office. The entire speech kept me mesmerized and this is not something that I experience often. It was a very substantive piece of work and it showcased humility, maturity and willingness to work and improve,” he said.

He further noted that the President’s speech showcased a longing for national unity and respect and regard for political diversity geared towards a common good. The president he maintained spoke and did not throw shades nor did he use a single political innuendo, thus demonstrating class and dignity from start to finish.

This Barrister Roberts says is what The Gambia needs and it is indeed a breath of fresh air to listen to the President speak like he did.

“Mr. President the words are brilliant, however, it is now time to translate those words into actionable policies and progressive governance. Let it not stop with words alone Mr. President. The entire country now wishes to see how your words will commensurate with the appointment of your new cabinet; the country waits,” He said.