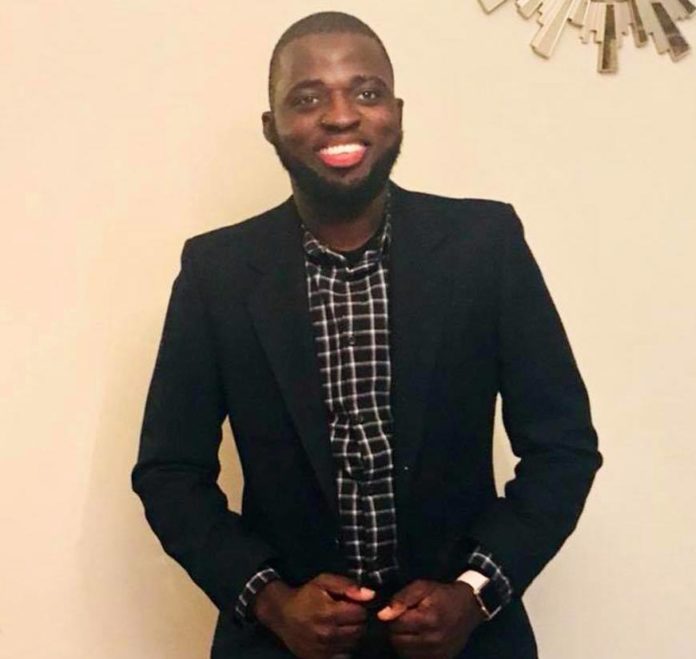 As reported by some news organizations at the end of last week, one of the five nominated Members in the National Assembly, Yakumba Jaiteh, was allegedly removed from her position in legislature by President Barrow. The president had, in April 2017, nominated Hon. Jaiteh to seat in legislative arm of our government. The removal, according to Hon. Jaiteh speaking to the Foroyaa Newspaper, was still not officially confirmed by her as she has not received any communication on the revocation of her appointment by the president. The termination of her service in the legislative body, whether true or otherwise, provoked members of the National Assembly to hold a gathering they called ‘a caucus meeting’ to show their disapproval of the purported presidential action. As the National Assembly is officially not in session, the absence of an official announcement from the State House—and if that were to continue ad infinitum— leaves the public in curiosity until such time when the Assembly reconvenes for the public to see if Hon. Jaiteh will take her seat in the next session. The allegation, without the categorical conformation of the action, engendered public debates both within The Gambia and the diaspora on the constitutionality of the dismissal, especially if it were it to be to true.

Debate on this latest controversy is between two camps aligned behind the two public personalities: President Barrow or Hon Jaiteh. Supporters of President Barrow argued that since Hon Jaiteh was nominated to seat in the National Assembly by the President, therefore, he has the power to dismiss her from that position. Proponents of Hon. Jaiteh agreed with her position that “once you are sworn in, you are a National Assembly member and you cannot be fired. That is the position of the law.” The controversy between the two camps raised the legal question as to whether the president has the power to dismiss a nominated member of the National Assembly. It’s my contention that, indeed, under the constitution the president who has the vested authority to nominate private citizens to the National Assembly also reserves the power to revoke their appointments thus leading to their expulsion from the legislative authority.

The I997 Constitution in Section 88 provides that the National Assembly shall comprise of “(a) fifty-three members elected from the constituencies demarcated by the Boundaries Commission” (this was amended in 2015); and “(b) five members nominated by the president” (this was amended in 2001). Thus, the total number of National Assembly members is fifty-eight. Each elected member represents a constituent. They are expected to advocate for the interest of the people who elected them, and report back to them for regularly scheduled evaluations. If the indigenes of a constituency are not happy with their elected representative, they have one of two options. First, the constituents can allow the representative to serve his or her term. Once the Assembly is dissolved as provided by Section 91(1)(a), they can elect another representative. Second, the voters can recall the member in pursuant of Section 91(1)(f).

Similarly, those who are nominated by the President — as given they are not sent to represent any constituency, civil society groups or stakeholders stipulated by the constitution— are expected to advocate for his interest in governance and report back to him for assessments. If the president is not happy with the performance of the nominated representatives, he could let them serve their entire term of office. If the president is re-elected into office, he could nominate other people under Section 88(b) of The Constitution to seat in the National Assembly.

If, on the other, the President is not happy with the performance of his nominated representatives in the National Assembly, does the President have the power to dismiss them just like the constituents have the power to recall their elected representative? The only legitimate institution whose answer to this question will be considered the position of the law is the Supreme Court of The Gambia. The constitution of The Gambia in Section 127(1)(c) provides that the Supreme Court of The Gambia “shall have an exclusive original jurisdiction on any question as to whether or not any person has validly vacated his or her seat in the National Assembly.” Therefore, any answer provided by any of the camps in this dispute — which may or not align with the ruling of the Supreme Court if that body were to make final determination on this dispute — will be an academic exercise until such a ruling is made.

(a) on the dissolution of the National Assembly;

(b) subject to subsection (2), if any circumstances arise which, if he or she were not a member, would cause him or her to be disqualified for election as a member or nomination as a member;

(c) if he or she resigns his or her office as member;

(e) if, having been elected a member as an independent candidate, he or she joins a political party

(f) if, being a member representing a single seat constituent, he or she is recalled by the electorates of that constituent in accordance with an Act of the National Assembly to give effect to section 92;

Section 91 has neither indicated that the President can dismiss nominated members, nor does it indicate that he cannot. What is indisputable here is that once an elected National Assembly member is sworn in office, he or she can lose his or her seat under certain conditions such as for disqualifying emerging information that would have barred a person from holding that office, or for certain conducts while holding the office. Second, the appointing authority—in the case of elected members are the constituents—can exercise power to fire the members through special elections resulting from the constituents exercising their Recall Power.

As for nominated members, they too could vacate their seats in the National Assembly under Section 91 as their elected colleagues. Many people argued that since Section 91 has not specified a condition of vacation for their removal with respect to being dismiss by the President in Section 91, the lack of specified provision on the issue indicates a tenured of service for the legislative terms they are nominated to seat in the Assembly. That would have created an unapparelled imbalance of accountability between elected and unelected members in that body. The elected members would have an appointing authority of removal while the unelected members will not have such appointing authority with the power to evaluate their performance to remove them were their performances are completely unsatisfactory for the work they were appointed to undertake.

Given what some people have said about the non-specific authority in the Constitution with respect to the removal of nominated members within Section 91, we have to look at other sections of the constitution for the appointing authority to exercise evaluative and removal powers for accountability as constituents do over their elected representatives.

Section 231(5) of the constitution provides that “without prejudice to the provisions of Section 167, but subject to the other provisions of this Constitution, the power to make any appointment to a public officer includes the power to dismiss any person so appointed.”What then is a public office? A public office as per Section 230 of the constitution “includes an office the emoluments attached to which are paid directly from the consolidated fund.”Section 150(1) of the constitution provides that “there shall be a Consolidated Fund into which shall be paid (a) all revenues or other money raised or received for the purpose of, or on behalf of, the Government, and (b) any other money raised or received in trust for, or on behalf of the Government.” Thus, with the exceptions of offices that the constitution designated other names, any person who is paid “a salary, fee, or profit from employment or office” from the consolidated fund, such office is a public office.

Furthermore, many people seemed to confuse public office and public service. The constitution has clearly differentiated these two terms (as indicated above). Yes, a member of the National Assembly is not holding an office in the public serviceunder Section 166 (4). Therefore, the president cannot rely on Section 167 (a) to dismiss nominated members from the legislative body. However, a member of the National Assembly is holding a public office. Since it is a public office, those nominated to the assembly by the president may be fired by him using his appointing authority if no other authority is given the power to remove such people from the public offices they occupy.

The original sin of this problem is the constitution providing for the president to appoint members into a co-equal branch of government that should hold oversight authority over the presidency. It is an insult to our democracy that the President, a single person has the power to nominate five people to the National Assembly, while a constituency with tens of thousands of people can elect only one person. What is more shocking is the fact that a nominee of the President must be the speaker—heading a co-equal branch of the executive. This is absurd. The president must not have the power to nominate any person to the National Assembly. That power must exclusively reside in the people. The President’s appointment powers must be limited to members of executive and judges. In appointing high-level positions at the executive and any judge, he or she must seek the consent of the people through their elected representative in the National Assembly. And for judges and heads of institutions such as members of the Independent Electoral Commission, he shall have no power to remove them from office. That authority should remain with the National Assembly for when such public office holders become incapacitated to execute their duties, or the emergence of new disqualifying information or through impeachment for high crimes.

The Supreme Court has not ruled on the question whether a nominated member could be fired by the president. This is because previous nominated members have not challenged their dismissals. If it materializes that Hon. Jaiteh’s appointment to the National Assembly has been revoked, I hope she challenges it in the Supreme Court. That would remove us from theoretical terrains to a settled case law on presidential powers.

Justice for 66+: Activists Ready to Take AKI Deaths Beyond Gambian Courts if…

Gambian Woman Explains How Her Husband, Son Died in Libyan Prison, Others

Police Officer Who Testified At TRRC Complains Of Discrimination, Provocation