The Police And The Central Bank Scandal, Ignore Their Press Release 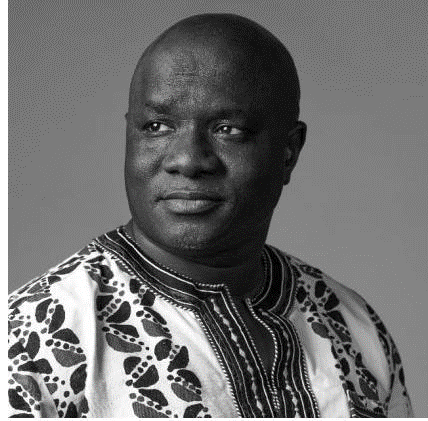 The press release from the Police about the Central Bank scandal should be taken with a huge pinch of salt, if not a whole plate of salt!

But first things first; The Alkamba Times story is not false, nor does it lack clarity. Therefore, the last point in the press release that the media should verify things with the Police PRO is nothing but an attempt to divert attention and to impugn the media.

The Alkamba Times or any media need not necessarily seek the opinion of the Police PRO for any and every story.

It is good that the press release said in Point 18 that they are working to expose the truth. The fact is this press release is not the whole truth.

For example, it is amazing that the press release cannot name any so-called scammer. If they had interrogated Ansumana Bah, surely, he must have told them one name among the scammers. Citizens have a right to know. Who would pay 11 million dalasi to an unidentified person? Am sure Ansumana is not so dumb to do that! So, this press release is very economical with the truth.

The press release has not even mentioned the letter from the lawyers of Ansumana. One would assume that an established law firm would not be so irresponsible as to write such a letter to the Central Bank of a country when those lawyers have not verified their client’s story.

We must recognize that what is alleged here is a very serious matter! It does not only touch the Central Bank, but it also directly impacts on the Gambia Government’s relationship with the World Bank and the IMF and all regional and international financial partners.

To claim fraud involving a central bank of any nation is a major economic, political and national security issue.

Therefore, for these lawyers to ignore the gravity of this allegation and write such a letter is indeed outrageous, unless they are zombies! But the Police did not even mention the law firm! Why?

Who is Ansumana Bah? Where does he live and work? What does he do for a living? When did the Police know of this so-called charity such that no action was taken against them since early 2021? Since the 2.5 million pounds emanated from the UK makes this case an international crime too. In that case, the British law enforcement and Interpol are legitimate stakeholders. But the press release did not say anything about that!

In fact, how come this letter was written to Abdou Ceesay and copied to the Governor on February 10 and the Governor did not find it necessary to inform the IGP immediately so that action was taken asap. Rather both the Central Bank and the Police had to wait until a newspaper had to break the story 7 days later only for them to do some ‘fat-fat’ investigation and then release open-ended press releases?

If I have 100 pounds and wish to change into dalasi, even if I go to Westfield, I will not accept mutilated notes. Why should I? So why did these so-called scammers accept mutilated notes when they could have easily taken their time to get the right notes without having to go to any bank? Were they in a hurry? Why, when the risk is greater with the Central Bank!?

Therefore, it is not enough for the Police and the Central Bank to release high sounding statements of denial. This matter requires the intervention of the National Assembly and the Financial Intelligence Unit.

There have been far too many scandals in this Government. Either these scandals are completely ignored or denied, or the Government said they are investigating but then no report comes out or the Police claim there was no case. This is unacceptable and there is a need for citizens to stand up to confront corruption by demanding the President to address it head on. The incidents of corruption are far too numerous that they cannot be counted by the fingers!