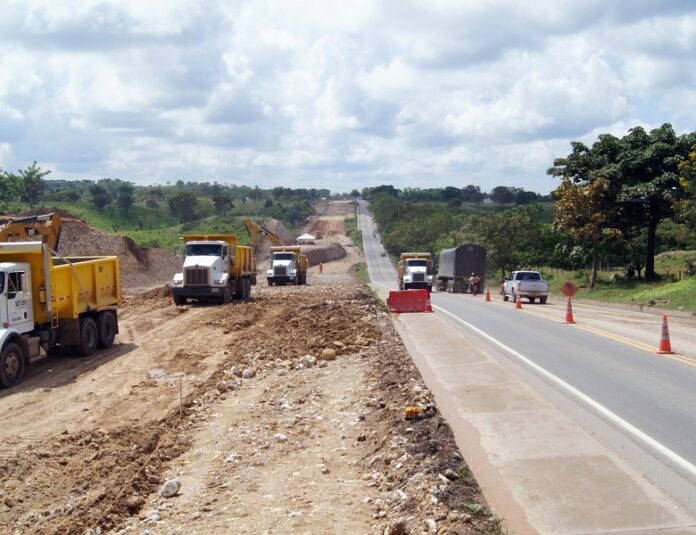 Roads make a crucial contribution to the economic development and growth of a country and also bring important social benefits in which they are of vital importance to ensure the growth and development of a nation.

The OIC road projects which started in March 2021 have seen many people being asked to move and look for new settlements because of the expansion of these roads.

Some of the people who are affected along the Bertil Harding highway have laminated some of the challenges they are facing in finding new settlements.

“This is very hard on me because if I am to move to another settlement that is going to cost me. If this building has to be demolished, it will disturb me because I have spent a lot in building this shop,” Aret Jassy said.

Jassy told The Fatu Network she is used to the environment and she has many customers, so moving to another place will affect her business.

According to her, finding a new settlement is very difficult and she said the government should compensate her by giving her a new place to start her business because she has no other means to depend on apart from the business she does.

“I have been told to move to another location, however, I am yet to find a suitable place. These people should compensate us before relocating us; moving to a new place will have an impact on our businesses because we are going to lose many customers and finding a place is also a problem,” Jainaba Ceesay explained.

“We also want this country to develop because this country is ours but when trying to develop a country try to investigate what impact it will have on both parties (Government and its people) before taking any step because asking us to move to a new settlement without any compensation is hard,” She added.

Ceesay said the government should find another solution to ensure the roads are well constructed and their businesses are not affected also.

Ebrima Jallow, also affected, said the government should compensate them before moving them to another location. He said they have families to take care of. He said it will be very challenging for them if the government moves them without compensation.

“If they happen to move us, many of us will be affected, many buildings will be destroyed, however, the government should compensate us because we are finding it hard to find a new settlement and our family members are looking depending on us,” Ebrima said.