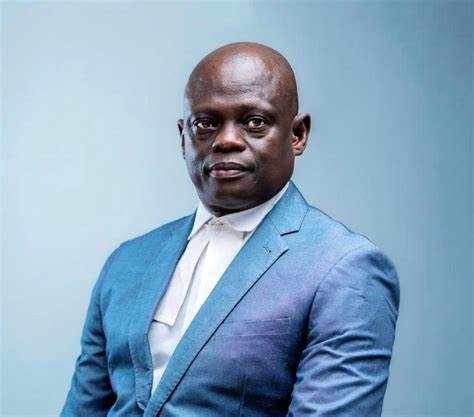 He is a towering intellectual and first rate orator, served simultaneously as Secretary General and Minister of Presidential Affairs under His Excellency Sheikh Professor Alhagie Dr Yahya A. J. Jammeh (the Professor). In that role he met all stripes of leaders domestic and international and participated in the great public dramas of the day at the policy councils of the Gambian state.

Allowing for the authoritarian vagaries of the system installed by the Professor, Momodou Sabally (Sabally) was for a year the great supervisor of the Public Service, sounding board of the President, his preeminent confidant, and primus among the Ministers. Having presided, or somewhat participated over the hiring and firing of senior government figures, including some cabinet colleagues, he knows a thing or two about policy and its implementation.

After all, he is the Gambia’s Pen and vigorously expresses his enlightening and entertaining perspective on the burning public questions of the day. If his great and controversial mind was a source of joy and annoyance to the intellectual community, they were projected on a larger canvass when he joined the United Democratic Party (UDP) and campaigned vigorously for its agenda across the country, thus making himself a household name.

No surprise therefore that Sabally’s expression of interest in contesting the Busumbala Constituency for the UDP in the April National Assembly Elections captured public attention. The run-up to nomination day on 10 March was crowded with great excitement as Sabally has all the ingredients of a great parliamentary statesman: intelligent, outspoken, controversial entertaining. He may be among the few candidates capable of generating cross party support at the polls but for the Independent Electoral Commission’s (IEC) decision to reject his application for nomination under the UDP ticket.

According to the IEC, Sabally was adversely mentioned in THE REPORT OF THE COMMISSION OF INQUIRY INTO THE FINANCIAL ACTIVITIES OF PUBLIC BODIES, ENTERPRISES AND OFFICES AS REGARDS THEIR DEALINGS WITH FORMER PRESIDENT YAHYA A.J.J. JAMMEH AND CONNECTED MATTERS

The Government’s White Paper on the matter as concerns Sabally states at paragraphs:

216:-    Mr. Momodou Sabally started at the Central Bank as an Economist from

subsequently confirmed as Secretary General and Minister for Presidential Affairs

in the same year. His service was terminated in June 2014.

217:-    The Commission found, inter alia, that during his tenure as Secretary

General, Mr Momodou Sabally was signatory to various public accounts and was

involved in the withdrawal of large sums of public funds, some of which were not

accounted for, on the instructions of former President Jammeh. The Commission

financial transactions of former President Jammeh, which was not part of his

official duties, especially as Secretary General, demonstrate the enthusiasm with

which he facilitated these transactions. His conduct fell far short of the standard of

professional conduct expected of the Head of the Civil Service at the time.

appointed as Director for any State Owned Enterprise for at least ten years. Mr

his life. He is also banned from holding any director positions in any State Owned

Enterprises in The Gambia for ten (10) years. Both bans are effective from the date

of publication of this White Paper. The monies shall be recovered from the assets of

Clearly, a member of the National Assembly is not a public office holder (see section 166 (4) (a) of the 1997 Constitution of the Republic of The Gambia (the Constitution). Viewed in isolation, this provision would appear to suggest the IEC was wrong in rejecting Sabally’s application for nomination as a candidate in the upcoming National Assembly Elections.

However, the IEC specifically rejected Sabally’s application for nomination on the basis of section 90 (1) (e) of the Constitution that “no person is qualified for election as a member of the national assembly if he or she has been found by a report of a commission or committee of inquiry (the proceedings of which are have been held and published in accordance with the relevant law) to be incompetent to hold public office by reason of having acquired assets unlawfully or defrauded the state or misused or abused his or her office, or wilfully acted in a manner pre-judicial to the interests of the state, and the findings have not been set aside on appeal or judicial review”.

It is common knowledge that Sabally lodged an appeal against the adverse mention, and the bans imposed on him, by the Janneh Commission, and the Government. Until they are “set aside on appeal or judicial review”, section 90 (1) (e) of the Constitution continues to operate against him. A convicted prisoner remains a prisoner until his appeal is allowed. On the particular facts of Sabally’s case, his impediment remains pending the hearing and determination of his appeal.

As to whether the IEC has the competence to interpret section 90 (1) (e) of the Constitution at its level, I merely state it is performing a legally permitted intermediate gate keeping function which can only be conclusively ratified by a competent court where its perspective is contested. However, the Janneh Commission Report and its accompanying White Paper are public documents available to the IEC and it can act upon them where deemed necessary.

Albeit on contested understandings, it is far from clear that the IEC operated outside the law when it rejected Sabally’s application for nomination as UDP candidate for Busumbala. With the clarity of section 90 (1) (e) of the Constitution, he appears not to have a snowball’s chance in hell in overturning the IEC decision.

Of course the cases of the current Chief of Protocol, and the likes of Mamburay Njie, were given lighter treatment by the Government, and these were picked on by observers. What is clear is that they and others similarly situated cannot contest in National Assembly elections under the law.

As to the protests that the law is differentially applied, I suggest the facts are distinguishable in that the Sabally saga was triggered by the National Assembly qualification regime.

On a lighter note, maybe we should proceed with Mr Bumble when confronted with the postulation that as between him and his wife he was “… the more guilty of the two, in the eye of the law; for the law supposes that your wife acts under your direction.”
Mr Bumble protested that “If the law supposes that, the law is a ass — a idiot. If that’s the eye of the law, the law is a bachelor; and the worst I wish the law is, that his eye may be opened by experience — by experience”

I urge Sabally to deploy his immense talents in helping others this election season and to accept that on current facts, he cannot serve as a National Assembly Member until his appeal is allowed.

Share
Facebook
Twitter
WhatsApp
Linkedin
Viber
Previous articleGovernment Confirms Instability In Foni, Announces Immediate Actions
Next article“Gambia Will Not Be Used As A Launching Pad Or Entrance For Arms And Ammunition” – Government