The man who walked to Mecca: The life and times of Sheikh Jarjusey 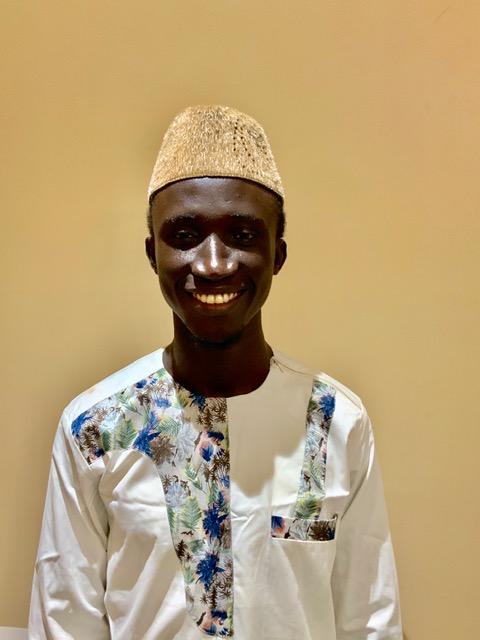 The Gambia has had many towering giants in the area of Islamic scholarship and preaching (da’wah); the late Sheikh Omar Jarjusey stands out as one of the finest we have ever seen in this field of human endeavour.

Sheikh Omar Jarjusey commonly known as Jarjusey is a native of Jarra soma. He was born in 1925 in Soma. He did most parts of his early education in Jarra Bureng. His father’s name is Foday Sona Jarjusey and his mother Aja Bintou Ceesay. He started his education in local Islamic schools called (karanta or Majlis) in Jarra Bureng. It was from the Majlis where he started learning the Quran and sunnah before starting his journey in search of knowledge which took him five years before reaching his destination, Saudi Arabia.

In the early 1950s he began his journey to the Saudi Arabia in order to seek knowledge to be able to pursue his dreams of propagating Islam. He is among the first Gambians who walked all the way to mecca with on foot in search of knowledge.

Along the way he was engaged in farming and other trades at every stop he had in order to gather some money to continue to his destination. He passed through Sudan, before arriving in Saudi Arabia. He had his first stop in Casamance in a village called Tamba Kunda where he gathered some funds and continued his journey.

Sheikh Jarjusey finally arrived at his destination after five years of hardship. Upon reaching Saudi Arabia, he found out that the norm during those days was to work for a year before starting studies in order to feed yourself during your studies. He studied Shariati Islamia for five years. During those days there was no formal schooling, students converged in the ‘Haram’ (surroundings of the Kaaba) in order to take lectures.

There was no formal system and no certificates were given in those days. It was in a form of a Majlis where Islamic principles were taught. Upon completion of his five years of studying Islam, he was advised by one of his senior lecturers called ‘Mufti’ to further spread the message of Islam in The Gambia.

Upon his return in 1958, he established majlis in different parts of the country, where thousands of Gambians learned about the Quran and sunnah. He toured the length and breadth of this country to spread the word of Islam. Many majlis schools were created in every village that he visited in this country which were later turned to be Arabic schools.

He was a member of the famous Islamic union with its headquarters in Talinding Arabic Institute, which was formed in 1953. Jarjusey, being the force behind the union, they were able to build about one hundred and sixty schools across the country.

The union secured scholarships for many people in the country to further their education. He was the supervisor and advisor to the executive committee of the union. Among other things, they built mosques in different parts of the country. He regularly conducted annual supervision missions throughout the country since in the 80s up to his demise in 2014 in making sure those schools were well equipped with qualified teachers. According to his close associates, Jarjusey was never ready to take a break or rest while in the service of Islam even when he fell sick. He believed that it is a task upon him that must be executed.

He was not only a member of the Islamic Union but almost all the Islamic associations in the country which includes the supreme Islamic council and AMANA.

Jarjusey spent the whole of his life in teaching and preaching about the fundamental principles of Islam in every nook and cranny of The Gambia. He is well known for his bravery, and selfless service in defending the words of Allah. Being an Arabic teacher and a supervisor for over three decades at Tallinding Arabic institute, he nurtured thousands of students to become experts in their various fields. He transformed that institution into a formidable and well-structured institution that is well known for excellence.

During his tenure as supervisor of the main Arabic Institute, it produced numerous distinguished scholars and experts in all walks of life. Amongst his students are Dr. Baba Ceesay and Dr. Jawla, both university lecturers; and the current imam of Guinea Bissau’s main mosque is said to have been his student. Some of his students are teaching in the Gambia college’s Islamic sections.

Jarjusey was a man with rare talents whose passion for promoting Islamic education was exemplary . He was an icon among our Arabic/Islamic scholars and his contribution towards Islamic studies in The Gambia is awe-inspiring. He led an eventful life striving so hard to better the lives of thousands of Gambians. He devoted the whole of his life to the service of Allah, may his soul rest in peace.