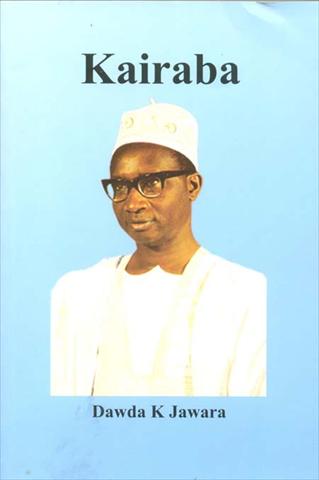 Many things have been said of former President Jawara. However, the fact that he was a hopeless romantic is known to few. He did not even attempt to hide that character of his in his autobiography, Kairaba. He has married three beautiful women and espoused in the book, how he met some of them.

His first crush, a lady by the name of Marie Sarr, never became one of his wives, but she has obviously impacted on him so much, that when he sat to write his memoirs, a half century later, he spoke of her in these words.

“I faced my hardest moment when I had to say goodbye to Marie Sarr, the young lady at 36 Wellington Street, who was to my mind, the most beautiful girl I had ever set eyes on. I had such a crush on Marie right through my years on that street and I always damned the fact that her parents did not send her to school. Her beauty and carriage would have outmatched those of the girls at Methodist Girls High School or St. Josephs, if she had the good fortune to don any one of those uniforms. I would watch Marie fetch water from the public tap or walk back to her house with fish from the nearby market. She moved with an air of almost sinful contentment going about her business.”
One couldn’t help but feel sad that she never became Jawara’s wife. When the young man left to study in the United Kingdom, what other options were there for a young girl in a 1950s Gambia?

The one who had the honour of been the First Lady of the first president of The Gambia was introduced in the book, first as a neighbour. Jawara wrote: “On a Sunday evening… Augusta Mahoney hopped in quickly from her home at 40 Buckle Street, barely two hundred metres away to have me help her with some mathematical problem… She was impressed by my new study desk, I was glad she noticed it..”

It was to be much later, when they both returned from The UK, that they fell in love. In order that she became his wife, he had to make the ultimate sacrifice. He converted to Christianity!