The Horrifying Trend Of Human Trafficking In The Gambia 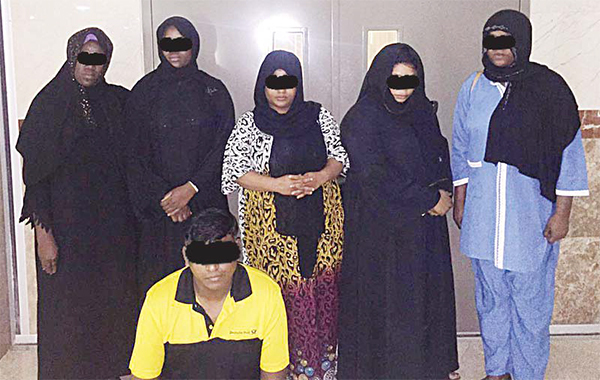 The menace of human trafficking in the Gambia still continues unabated. For the past four years the Gambia has been classified as a “source and destination country for women and children subjected to forced labour and sex trafficking.” Women, particularly those between the ages of 19 and 40 are the most affected where they are trafficked to mainly Middle Eastern countries of Kuwait, Lebanon, Qatar and now Turkey to a lesser degree.

Notwithstanding legislation outlawing all forms of human trafficking, Gambian law enforcement officers are accused of dubious and also dangerous collaboration with traffickers to make fake documents to enable women travel to the Middle East under the pretext that they are provided jobs.

But investigations by Fatu Radio have revealed that immediately the girls land in their final destination in the Middle East, they are handed over to their supposed “employers” who turn them into what rights groups called “domestic slaves.”

Just one week ago, a group of girls managed to contact Fatu Radio from Dubai where they claim to be undergoing scary, traumatic conditions of treatment in their hands of their “bosses” who have been denying them food and other basic necessities.

Amid sorrowful cries of support, the girls asked for help to rescue them from their “degrading and pitiful situation.” According to one of the girls who spoke on behalf of the group, they left Banjul in September 2015 after an agent named ‘Ousu’ took their passports and sent them to Kuwait to process their visa application. She said their visa and other necessary travel arrangements including air tickets—-booked for them online, were quickly processed and then they were transported to Dakar where they took their Ethiopian Airline flight via Ethiopia and then finally to Kuwait

Typical of any trafficking ring, the girls told Fatu Radio that each of them was forced to pay about D15,000 to “Ousu” the agent even before they were taken to Kuwait. All of them where promised jobs in hotels.

However, upon arrival at the Kuwaiti airport, the person who supposed to meet them, a certain Gambian lady based in Kuwait going by the name “Jarie” when contacted on her mobile phone was nowhere at the airport so the girls were forced to sleep in the arrival hall of the Kuwaiti International Airport.

According to the girls, “Jari” who was later found out to be one of the many agents involved in the trafficking arrived at the airport the following morning. But instead of taking them to the hotel where they were promised employment, they were escorted to another agent’s office called ‘Salma’. The girls said they met Salma who introduced them to homeowners in need of domestic workers whom the girls in their interview with Fatu Radio constantly refer to as ‘madams’.

Upon arrival in the homes of their new bosses (madams), the girls were immediately told that they were bought from the agents to serve as domestic workers. From then on they said, they would be forced to wake up at 5am daily, and would only go back to bed at 1am.

Investigations by Fatu Radio revealed that most of the girls suffered tales of cruelty and mistreatment at the hands of their “madams.” These include denying them food, denying them contacting their immediate family in the Gambia or their fellow domestic maids in Kuwait, and in some extreme cases, sexual exploitation. Some of the girls narrated harrowing cases of sexual advances by the husbands of their “madams” whenever the women bosses went out.

Following Fatu Radio’s interview with six of the girls, they have been provided temporal shelter in Kuwait. Their agents in the meantime have given stern warning to domestic employers that they should watch Gambians for they are looking forward to running away. This according to girls has risen the risk factors for other girls in captivity in Kuwaiti homes working as domestic slaves.