The general who believes beating someone isn’t torture: Alagie Martin testifies on his savagery against Sana Sabally and others 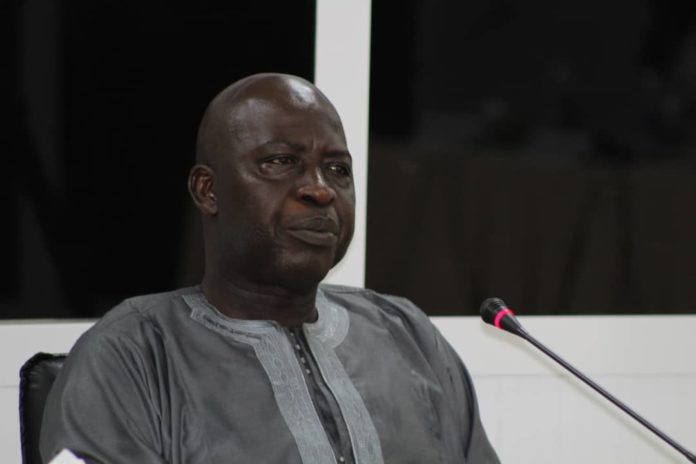 The most senior Gambian army officer so far accused of serious human rights abuses on Thursday told the TRRC he was acting on orders.

Brigadier general Alagie Martin is accused of masterminding the torture of political prisoners in the early days of former president Yahya Jammeh’s regime. He piloted the brutal torture of then vice chairman of the AFPRC junta Sana Sabally and a raft of other political prisoners most of them soldiers. The incidents happened at various times in the mid-90s and early 2000s when Martin was only a sergeant.

On Thursday, Martin appeared before the TRRC telling the investigation he indeed ‘beat not tortured’ Sana Sabally and other political detainees. Sana Sabally was arrested in January 1995 after being accused of plotting to overthrow Jammeh.

The top general told the investigation: “He (Sana Sabally) was beaten, but-stroked, slapped, all those things have been done to him because he refused to talk.”

Martin’s behaviour drew laughter out of the audience at various points including when he was asked by the commission’s counsel Essa Faal about whether beating someone amounted to torture.

“Well, he was beaten mercilessly. I can say that,” Martin told Faal.

When Faal told him if he was satisfied to call it ‘beaten’ but would not call it ‘torture,’ the top general shook his head and said: “No. No. It’s not torture.”

Martin was a close protection officer to former president Yahya Jammeh. He was also once the commander of the state guard battalion.

- Advertisement -
Share
Facebook
Twitter
WhatsApp
Linkedin
Viber
Previous articleGambia gov’t frowns at attacks on oil tankers in Gulf of Oman, Saudi airport
Next articleGambia at risk of sanctions as US ranks it Tier 3 in TIP report