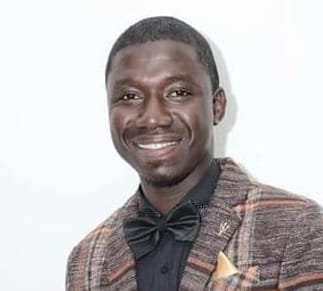 Nothing is more frustrating than being forced to navigate the Gambia’s daily commuter nightmare. The government should seize the opportunity by making investments in the public transport infrastructure since the instrumentality of transport is undeniable. Technically, the public transport systems, particularly in the informal sector, are chaotic. Since the collapse of the Gambia Public Transport Cooperation (GPTC), Gambian commuters have been faced with the difficulty of reaching their regular destinations on time. From the spectrum of service provisions like access to water and electricity so shall transport services be viewed. The government can play a very instrumental role in alleviating the current plight of the people by empowering the Gambia Transport Service Company (GTSC).  In developed countries, it is clear that the era of transport ownership is coming to an end and that the age of access to transportation has begun.

Transport systems shouldn’t be left in the hands of private vehicle owners, who decide at their whims and caprices which routes to ply, fare structure, tolling and parking charges, etc. The appropriate entities of the state should be the precision crowbar to nip in the bud issues related to the locomotion of all men and women by all means and modes of transport. However, if transport stakeholders show laxity in their responsibility, they might not escape from the ramification of their inactions, which ultimately gave birth to the offspring we are challenged with, ranging from frequent fare hikes, traffic congestion, dilapidated pavements, parking nightmares, crashes, pollution, etc.

Dealing with transportation problems is a daunting task, not because it’s both science and humanities, but because it requires the application of theories from engineering, planning, sociology, psychology, education, and policy. As Neil DeGrasse Tyson, an American astrophysicist, once said, “In science, when human behavior enters the equation, things go nonlinear. That is why physics is easy and sociology is hard.”

Human beings have choices to make in their daily travel patterns as to which mode of transport they wish to use, the route they want to take, the place, time, and when they want to travel; all have a direct link with the efficiency of the transport system that needs to be created for them. For any country to effectively deal with public transport issues, transport research should be the genesis of empirically driven policies that will not only stimulate seamless connectivity but as well enhance business and proliferate investments in a country’s economy.

Affordable and accessible transport enhances the quality of life of men and women in any country. A huge chunk of commuters’ monthly income goes into travel fares, which has improvised them literally, combined with the struggles of accessing transport. Luxembourg, as a country, making public transport free for all its citizens is a step in the right direction.  Recently, India made public transport free for all women, which is a beautiful idea since much research has highlighted that women experience more travel difficulties; they travel more, pay more, and suffer more in their daily travels. Therefore, it’s a way of empowering women to realize their dreams and enhance their potential, which will indeed promote gender equity. In the United Kingdom, senior citizens can apply for free public transport.

Finally, it’s crucial to view transportation as a cornerstone in the attainment of sustainable development goals in the Gambia. The state should take a keen interest in matters regarding public transport systems through investment and public-private partnerships. The mass transit system should be promoted through the creation of bus rapid transit lanes and high occupancy toll lanes to ameliorate urban traffic congestion, commuter exploitation, and other externalities of prevailing conditions.