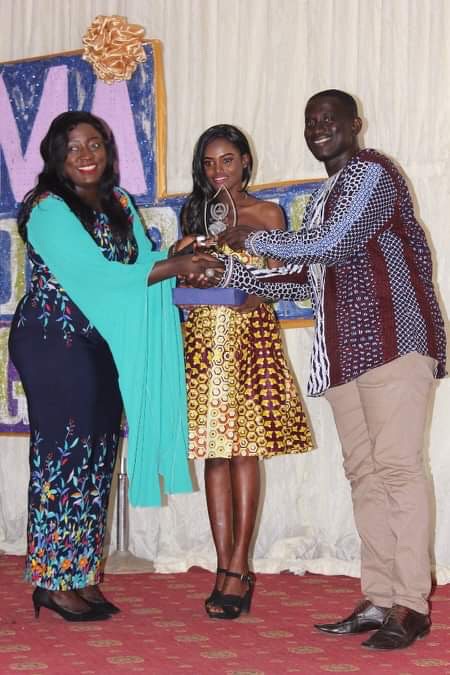 The recently launched movie “Jangi Jollof”, a memoir based on The Gambia’s first university programme was one of the many films and their key players lined up for the Special Movie Awards (SMA) 2018 award night  held at Djembe Beach, Saturday December 1, 2018.

Monica Davies won the award for Best Female Actor for her role in Jangi Jollof, while the Best Screenplay award went to the author of the book “Jangi Jollof” that inspired the script that became the movie of the same title.

Momodou Sabally (AKA The Gambia’s Pen) received the award for best story/screenplay and in his acceptance statement at the event, he gave credit to the young director of the movie Bakary Sonko and his team of young Gambian actors and actresses that made the movie possible. Sabally, who is the executive producer of “Jangi Jollof”, further called on Gambians to dig into their rich heritage and come up with original Gambian stories to be developed into movies. He also thanked the organisers of the SMA awards through their CEO Wilfred Adams for the brilliant thought of initiating the Special Movie Awards.

Like the book that inspired it, the movie “Jangi Jollof” chronicles the life story of Momodou Sabally, who was one of the pioneering students that started university education in The Gambia.  It has been hailed by many as a great source of inspiration  for thousands of young Gambians needing the self-confidence and determination to stay at home and build their lives for effective participation in national development.