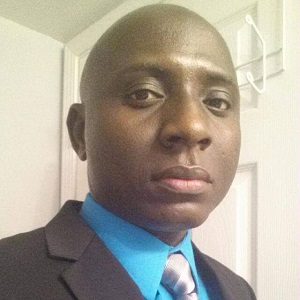 With the plethora of corruption scandals in The Gambia, it is without a jot of doubt that there is an urgent need to introduce measures aimed at curbing this ancient riddle called corruption. Hence the outcry for the legislation of an anti-corruption bill, and the eventual setting up of an anti-corruption commission. Although the mere passage of this bill will be a stepping stone to the fight against corruption, we ought to remind ourselves that it is just a necessary condition and not a sufficient condition to make The Gambia a corruption-free nation. I am of the view that the efficacy of the anti-corruption bill and commission will depend on a few key factors discussed in the subsequent paragraphs of this piece.

Central to the fight against corruption is the political will and pragmatic leadership to mitigate if not eliminate this nefarious act and its devastating sequel on the lives and livelihoods of the citizens and residents of a poor country like ours. That should go beyond mere rhetoric of wanting or going to do something about corruption, but it requires having a deep sense of mission to establish a clean and effective government. So, it is pertinent for the leadership to not only understand but be willing and able to put an end to the greed, corruption and decadence ravaging our society and irreversibly changing lives. We did not pass an anti-corruption bill during the transition because the administration never prioritized it. As a matter of fact, the government acted indifferent to the corruption cries of the citizenry, which explains why we are a scandal-plagued nation. The political will coupled with pragmatic leadership is the fulcrum of the fight against corruption. Every other variable gyrates around it.

The passage of anti-corruption legislation will result in creating or setting up an anti-corruption commission. Whether that commission is going to be some toothless bulldog or an effective one will depend on several factors. It is critically important that its composition is of “good people” that could be described as “good pianos playing good music.” They cannot be “good pianos playing bad music” or bad pianos attempting to play good music because that will jeopardize the efficacy of the commission. “Institutional reforms” has been reverberating in our ears since the embryonic days of the coalition government, but we tend to forget that our institutions can only be as good as the people we elect or select to run and manage the affairs of these institutions. Assuming the composition of the anti-corruption commission is of people described as impeccable, impartial, and exemplary, what is going to be their mandate? How autonomous or independent is this commission going to be from political pressures? Will it have operational autonomy in its daily operations? Will it be able to enforce its mandate with both major and minor cases of corruption, regardless of the amount, rank, or status of the persons being investigated? Will the same processes and procedures apply to everyone being investigated including top echelons of the government or will they resort to preferential treatment that replicates an “Animal Farm?” Will they be willing and able to question, and investigate things that are out of the ordinary without any reprisal? Will they have adequate enforcement powers? Will the enforcement be impartial so that all those found wanting are punished regardless of their position, status, or even political affiliation? Will both bribe-givers and bribe-takers be found equally culpable? Will the commission be equipped with enough personnel, funding, and other resources to be able to carry out its functions effectively and efficiently? Who will have oversight responsibility of this commission? What are the commission’s penalties and consequences for non-performance and noncompliance or deviance?

It is not an overstatement to argue that corruption is rife in The Gambia because there exists a system that is nothing but a fertile ground for this ancient riddle to thrive. A closer look at the fraud triangle is enough to notice that the opportunity to commit fraud is at the apex of this triangle. That is the reason why serious organizations and nations determined to fight against corruption and fraud focus on eliminating the opportunity to commit fraud because it is the head of the snake. The findings of the National Audit Office are clear indications of the existence of opportunities to commit fraud at our government institutions. You cannot help but wonder whether those findings are indicative of a wider malaise plaguing our institutions. A learned scholar once wrote that a serious government determined to fight against corruption will “give close attention to the areas where discretionary powers have been exploited for personal gain, and sharpen the instruments that could prevent, detect or deter such practices.” Do we lack the capacity to do that, or the will and determination are just not there?

While the much-awaited anti-corruption bill and commission would be a welcome move, we must not salivate at these because their potency lies in the peripheral lubricants that are needed to tackle this menace in the Gambian society. Unless the leadership goes beyond mere rhetoric and not just talks the talk, but walks the walk as well, the anti-corruption bill will be seen as another hoax that keeps the wider populace waiting in vain for something that may never materialize, thereby cementing the absence of the unflinching desire and determination to make this menace a thing of the past.