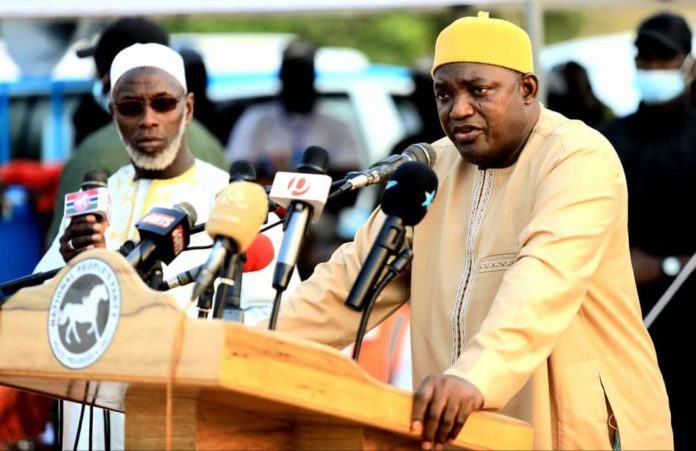 The President of The Gambia on Sunday returned to Banjul after ending the first part of his campaign in provincial Gambia.

President Adama Barrow was afforded a huge welcome by citizens from Kalaji in the Foni right up to State House in Banjul. The president arrived at State House at 2:46am Monday.

President Barrrow is seeking re-election next month and has vowed to continue campaigning for votes.

“We will still continue with the campaign. We are very aggressive, we want to garner support from every corner,” the president said.

In terms of his agenda for the country, the president said he will continue to prioritise infrastructural development.

The presidential election will take place on December 4 and President Barrow will battle it out with five other candidates with his main challenger being his political Godfather the United Democratic Party leader Ousainou Darboe.