The Gambia to ‘participate’ in Qatar World Cup 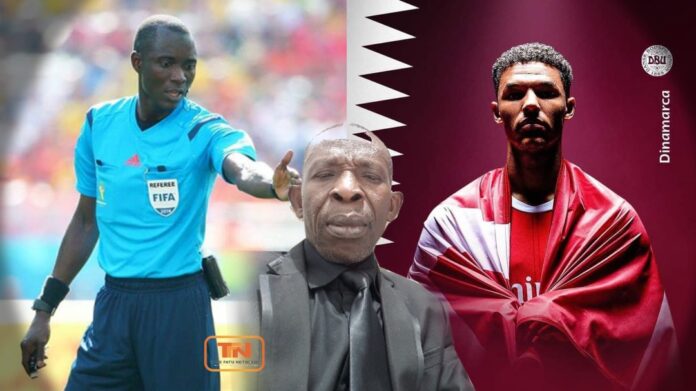 As the FIFA World Cup Qatar 2022 rolls around — and as the ambience and anticipation to see football’s megastars lock horns in the most prestigious association football tournament build up — The Gambia, like its neighbours Senegal, will be ‘participating’ in the World Cup, although in a different manner.

The Scorpions, Gambia’s men’s senior national team, did not qualify for the November World Cup despite their almost flawless run in the Africa Cup of Nations tournament which preceded this year’s much anticipated World Cup.

However, The Gambia will take part, represented by revered African and FIFA international referee Papa Gassama, veteran broadcast journalist and top-notch commentator Malick Jones, and what is heritage if it’s not celebrated? Alexander Bah, who is born to a Gambian father and a Danish mother will be ‘representing’ The Gambia as well, albeit donning the red-white strips of Denmark.

Papa Gassama, who has been a FIFA referee since 2007, and awarded best African referee three times, has already officiated in two World Cup tournaments (2014, 2018) and is on course to set the record as being the first African referee to officiate in three World Cup tournaments in a row. The 43-year-old officiated the 2015 Africa Cup of Nations final and, in 2017 he was selected as CAF’s sole referee for the 2017 FIFA Confederation Cup in Russia.

Malick Jones, broadcaster and football commentator, known for his unique voice, will be at the World Cup in Qatar as a commentator for the English section of the directorate of Qatar Radio. Jones had commentated on matches at the 2010 World Cup in South Africa. His Qatar assignment covers the duration of the tournament.

Alexander Bah, who currently plays for Primeira Liga side Benfica and chose Denmark over The Gambia, is mainly known for his speed, technique, and creativity. Bah, who is Gambian-Danish, is a versatile player capable of playing as a full-back or a right-wing flank. Bah will certainly line up for a European country in Qatar but as ‘Gambian’.