The Doctors’ Strike: A failure of leadership 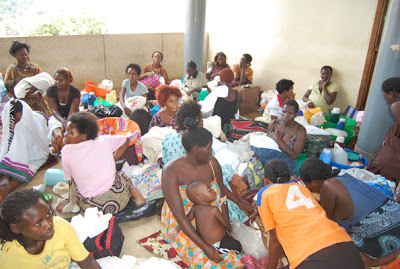 It is about a month since the resident doctors embarked on a strike, following allegations of theft by their minister. There has been a series of meetings, but a breakthrough is still illusive. Meanwhile, the damage it is causing the populace, in terms of lives and revenue can only be guessed at.
What makes it particularly sad is, the impasse could easily have been avoided. Civilized people, do not make allegations without proofs. Instead of the lady tagging our young doctors with the ignoble thief label, she could have used the government machinery at her disposal; the SIS, the police, the sister ministries to check:

Armed with that evidence, much needed reform at the health sector will take off, and the doctors would have no choice but to be compliant. Indeed an illness diagnosed is half cured. The failure of the minister to do her homework and going on the attack in the absence of evidence is very Gambian. People who are supposed to know better, would, on a whim, in the absence of any survey or statistic, quote a certain percentage and expect everyone to believe it. We still do not understand, that our opinion does not qualify us to say “90 percent of Gambians want the minister to go,” unless there’s actual evidence of that, after a poll. Then again, Saffie, the minister is Gambian too.

With a president such as the one we have, getting the right advice is the best we can hope for. However, some people have since lost hope on that front and rightly so, when a convicted felon was hired as adviser to the president! It seems those with access to his ears are asking him not to budge, lest other sectors follow suit with their own demands to see their ministers off! The cabinet is made up of ministers, what do you expect? Brothers take care of each other of course.

Our last resort would be to provoke the conscience of the doctors. It’s clear that the minister, Mrs. Ceesay has a deficiency of that vital element. While the first phase of the strike is still on, doctors are betraying a caring attitude by seeing to emergency patients. That’s more than can be said for Saffie, the cabinet and their boss, who’s currently on tour. We wonders how she continues to hold that position at the cost of lives.

In this saga, two things stand out: The honorable minister, Ba Tambedou is a man of honour for resigning when his brother made the faux pas, and Halifa Sallah’s rejection of a ministerial position needs to be appreciated all over again. Mrs. Ceesay can learn a thing or two from these gentlemen.
The second point is, since participating actively in avoidable loss of lives of is not sufficient crime to get fired, one wonders what Mai Fatty, former interior minister, must have done to get sacked?