The debate: Find out the lies and the facts by the women leaders 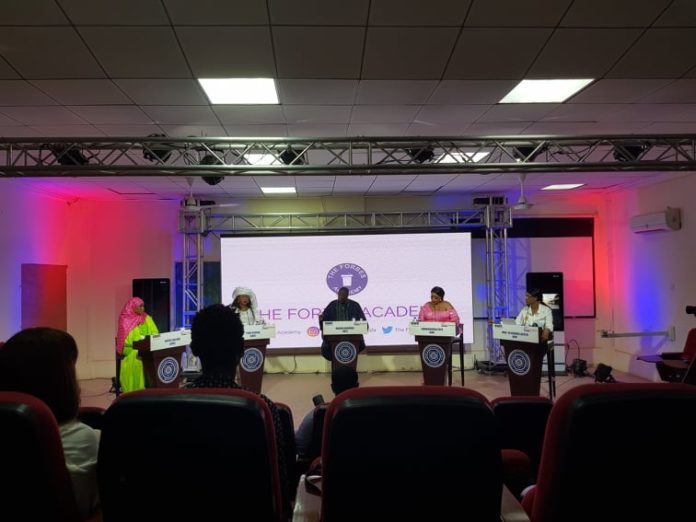 I was keenly following the Political debate on women, Youth and children by the four female representatives from 4 political parties. Here are some of the comments that I fact-checked in realtime.

-1. The UDP has the highest capacity of personnel

FACT-CHECK: There’s no such data that the UDP has the highest capacity of personnel than any other political party. So it’s mere speculation and FALSE and not backed by any official data. .

2. As a political party the UDP has strong stance and zero tolerance to violence against women and girls

3. A UDP government will rely on agriculture for prime investment

FACT-CHECK : There’s no such point in thing as “relying on agriculture for prime investment “in the UDP manifesto. And she never tell us how are they gonna pull up such a bold investment.

4. We will ensure implementation of international laws particularly relating to Gender Base Violence

FACT-CHECK : The Gambia is already a signatory to most international organisations. The legal system in The Gambia requires that Treaties ratified by The Gambia are domesticated before they can become part of The Laws of The Gambia. The provisions of the Convention on the Elimination of All Forms of Discrimination against Women have been domesticated through the Women’s Act 2010. The Gambia has also enacted the Sexual Offences Act 2013 and the Domestic Violence Act, 2013. These have been implemented since then.

5. “FGM is already criminalised in the Gambia”

FACT-CHECK : In 2015, a law was passed through an Act of National Assembly to amend the Women’s Act, 2010 to cater for an anti-FGM legal provision. This was referred to as the Women’s Amendment Act, 2015. The Act under Section 32A(1) clearly stipulates the prohibition and punishment for FGM in The Gambia. This implies that practicing FGM in The Gambia is illegal and therefore a crime. So she’s right.

6. The APRC government abused funds that were meant for the university

1. GDC will not rely government but also grassroots like the local government.

2. We are in a country where people are Muslims

FACT-CHECK : No human beings ever complete one another. They compliment one another. You can always live without another person. It’s whether you want to or not, that matters. Humans tend to crave companionship and sex. Straight humans tent to be attracted to humans of the opposite gender. It’s not about a woman can live without a man or a man can live without a woman. Because it is leading only to dependency in this materialistic world. Definitely! They can. We are born alone, we die alone, then what is there so difficult to live alone?

FACT-CHECK : It is true that the GDC has has given back to communities in the form of boreholes, road construction and over pass bridges and even medical items to health centres but there’s no record of the Gambia Democratic Congress built any health centre in the country.

5. There’s an act against abuse of women

FACT-CHECK : The Domestic Violence Act was passed by the National Assembly on the 17 December 2013 and assented to by the President on 30 December 2013. She’s right.

The Most Wanted Man At International Criminal Court