The Billboard That Has Gambians Talking 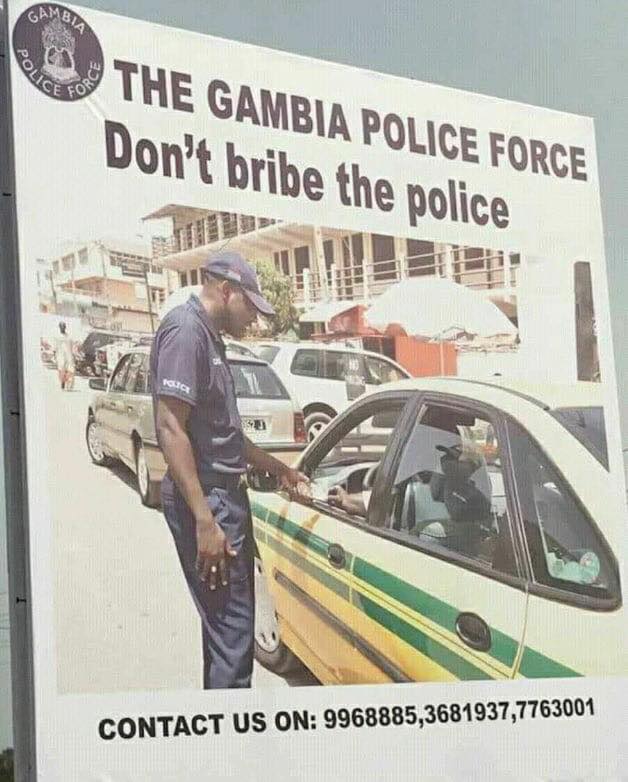 Gambians woke up to this billboard and they cannot be more divided over anything quite like it. The police, true to their pledge for a new, reinvigorated Police force, posted numbers on the billboards, for people to call and report any suspected police corruption.

The reception has been mixed. Whereas others have praised the police, for some it cannot be more ridiculous than this. They see it as insulting and humiliating to the dignity of the police Force. “I cannot believe the IGP is doing this to his people.” One angry observer vented.

However, there’s a section of the populace who welcome the move, and see it as a step in the right direction. It seems everyone has an opinion.