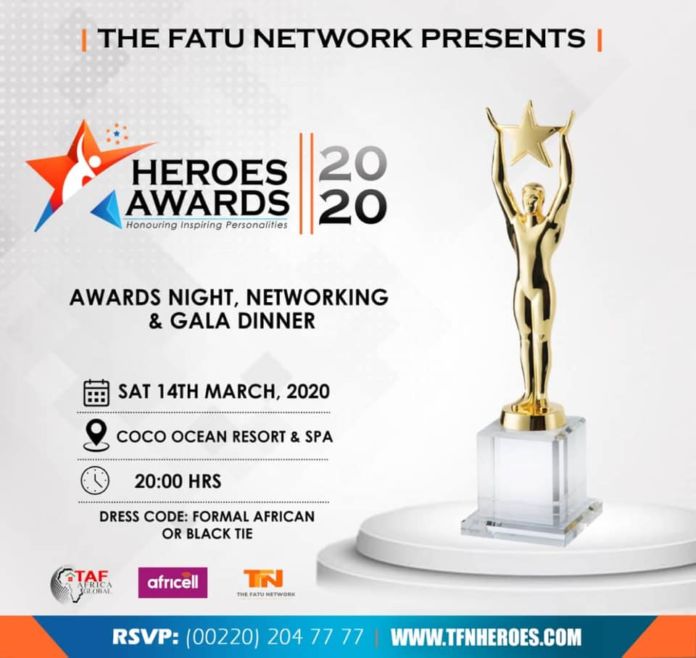 The Awards Committee of The Fatu Network Heroes Awards wishes to inform the general public that nominations for the 11 categories closed on Friday, February 14 at 12:00pm.  Nominations received after the deadline will be disregarded.

The Committee is thrilled to report that at the close of the nominations, a total number of 1500 entries were recorded from all categories. More than 50 percent of all entries came from the Diaspora with the rest received locally.

The Awards Committee will now move forward to reviewing the entries in the next few days and select four of the most outstanding nominees in each category. These nominees will be announced on Thursday, 20 February. The nominees’ biographical information and photos will be published before formal voting takes place via Africell text message and the Awards online platforms.

The finalists, The Heroes, will be unveiled on Saturday, 14 March at an award banquet to be held at the Coco Ocean Resort and Spa in Bijilo.

The Awards Committee expresses its appreciation to everyone who took part in the nomination process and counts on your continued support throughout the voting process.

The TFN Heroes Awards is established by The Fatu Network, the leading online news provider in The Gambia with the aim of recognizing and celebrating Gambians who have offered invaluable service to the country and to their communities.

Attaining A Zero Fistula Gambia By 2030