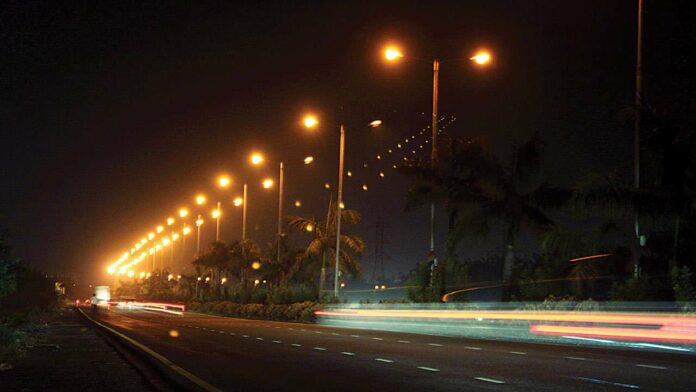 For over twenty years, residents of Bakau Newtown have been seeking streetlights from the previous and present government and they have now renewed their calls for streetlights following recent killings in Bakau.

Streetlights are important mainly for safety or the feeling of safety. As humans are active during the day, they don’t have good sight in the dark and rely on their awareness of the environment mainly on sight. Darkness creates fear in humans, the modern source for feeling fear is the danger of being attacked or met with accidents.

The beauty of every town is the lights glistening at night, brightening every street, where everyone lives safely and comfortably. In Bakau Newtown, it’s a different case.

According to residents, many unreported cases occur within the vicinity, yet the government or rightful authorities failed to come to their assistance.

Sanneh, a resident who lost her son within the area, urges the government to provide streetlights to avoid certain occurrences.

“I lost my 7-year son on St’s album launching, the fence of the stadium fell on him during the night of the program and people didn’t see him until the next day in the morning when the women gardeners were headed to the gardens. If there was a streetlight, my son would have been safe, probably someone would have seen and rescued him before his death,” Mrs. Sanneh grieved.

Naba Touray, also a resident, explains her encounter with a taxi driver she booked for a ‘towntrip’ from Senegambia.

“I was coming from a friend’s birthday late at night and I decided to take a taxi from Senegambia to Bakau around the stadium. Upon arrival at the junction going to the stadium from traffic lights, the driver stopped and pull out a knife, he asked for my handbag and mobile phone and ask me to go home by myself since my house is not far from there,” said MS. Touray.

She pointed out that she fears going even to the shop because there is no streetlight and the area is very dark at night, and also pleaded to the government to provide them with streetlights and for there to be a police checkpoint around that area since many were assaulted and killed there.

Babucarr Baldeh raises concern over the place, saying people were familiar and used to that place during those days and even at night people would be going for a stroll, especially couples and pregnant ladies and others would go jogging. No one felt afraid.

“That area has been a place of relaxation, but with the recent happenings, the killings and robberies, people are so afraid to go around that end. The place is now very isolated, and you know an isolated and dark place is not safe to go. You know before, despite there being no light, it was safe compared to now especially after the kinds of reports coming from there,” Baldeh said.

He urges the government to consider the area and put lights on the street, claiming that crimes will reduce within that territory.

Aunty Ramou Trawally, in her mid-fifties, affirms that the area has been dark ever since she moved there.

“I spent at least more than three decades here and to this day, there have not been attempts to bring us streetlights despite our demands. Even the supported streetlights at Bertel Harding highways are usually off, it is only recently that a young man bought solar lights for our street and the car pack put lamps. At least, that helps reduce the fear,” Mrs. Trawally emphasized.

Trawally pleaded to the authorities to consider providing them with streetlights, saying Bakau has the country’s only stadium and that there is a need for streetlight. Adding that it’s a shame for the only stadium to be without lights surrounding it as it is where most of these heinous crimes occur.