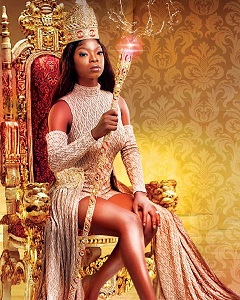 Sensational young female Gambia artist, Awa Gambia, who is set to launch her maiden music album said the moment is so huge for her, noting that she has put a lot of effort into making the album a success.

Album named “Taking Over”, the young musical hotshot is currently the country’s finest, and certainly most-talked-about young female singer, ready to stamp her talent and name in The Gambia music industry with her dulcet singing melody.

Awa Gambia explained her maiden album is huge for her, noting that she has expressed numerous things in the songs composed on the album as she addressed the press about the album launching on Saturday.

As Gambian music fans roll towards the Penchami Hall on Saturday night, the young artist said the fans should expect massive things because she has been working for the day.

“October 22, I just want to say that it won’t be easy because this is something that I have been planning and working for, spending sleepless nights in the studios just to make this day huge,” she pointed out.

The Taking Over hitmaker said receiving positive feedback from people is a motivation for her. She confidently expressed that the Taking Over album is just the tip of the iceberg for her, considering her mega plans and future projects as an artist.

She explained that she is expecting a successful album launch.

Her collaboration with ST, All Eyes On Me, has attracted massive attention from Gambians with impressive views on her YouTube channel.

Her music manager, Ali Wally, said the young star has been putting in numerous efforts for the day. He promised the security on the day will be effective, noting that they have met with security chiefs, and they have been promised a huge and efficient security presence on Saturday

O Boy: ‘I am the father of all these artists’