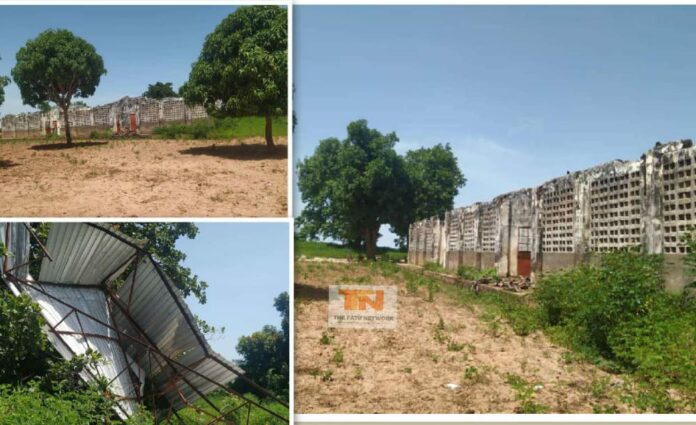 Primary school students at Samba Njabeh Lower Basic School (LBS) in Lower Nuimi in the North Bank Region are reported to have been attending classes under trees within the school following the destruction of the school roofs by a heavy windstorm on the 7th of July 2021.

The school roof was blown off by a windstorm that claimed dozens of lives across the country in 2021 leaving hundreds of families homeless.

Samba Ndow the village Imam, said the school has been left without a roof for nearly two years now.

“Our children are attending classes under the trees within the school, and during the rain, they suffer a lot. This is really heart-breaking,” he lamented.

Mr. Ndow claimed that the villagers and the former headmaster reported the conditions of the school to the relevant authorities on several occasions, but to no avail.

“As villagers, we cannot sit and continue to watch our children suffering in the school. We are urging the government through the Ministry of Basic and Secondary Education and all relevant stakeholders to come to our aid. How can students learn without proper classrooms? The situation in the school is unbearable and actions need to be taken,” he narrated.

Mr. Ndow added that learning has become extremely difficult for their children. “The school is without a fence and water; all these are coupled with a lack of furniture.”

He said the conditions of the school have forced many parents to transfer their children to other schools. The imam described the school situation as devastating, saying their children’s rights to education are at stake.

Wally Ndow, the Village Development Committee Chairman, lamented the challenges the school is facing due to the lack of a roof and other necessities. He said the school’s poor conditions have affected their children’s learning.

He emphasized that learning cannot take place without having the necessary tools and a conducive environment.

“How can students concentrate in class without getting a conducive environment? The government should come to our aid,” he emphasized.

However, efforts have been made to reach the Ministry of Basic and Secondary Education for comments, but they were not reachable.