‘ST is number one, and I am number two’, Dada crowns himself GamMusic’s second-best 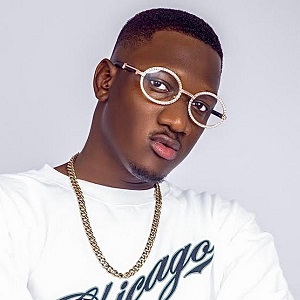 Gambian sensational rapper Hussain Dada has claimed that he is the second-best Gambian artist right now behind only ST Brikama Boyo.

The Gambia’s rap industry has evolved over the years, with a proliferation of rappers writing and producing songs and albums.

Rapper Hussain Dada, who is on verge of launching his album, ‘The Chosen One’, in concert made these remarks in an exclusive with The Fatu Network when asked where he would rate himself among a pool of Gambian rappers.

“No need for me to talk much. But right now, I am top two in the game. I don’t know who is third and fourth on the list, but I am the number two,” Dada confidently tells TFN.

When quizzed about who must be number one then, considering the fierce competition between ST and Jizzle, Hussain responded:

Lately, the number one position in music has been debated between ST and Jizzle. However, Hussain Dada, who used to be a close ally of Jizzle, pointed out that the top spot is for ST, Brikama Boyo.

“I don’t want to mention other artists, I don’t do that. But I am number 2 and anybody can attest to that,” Hussain reiterated.