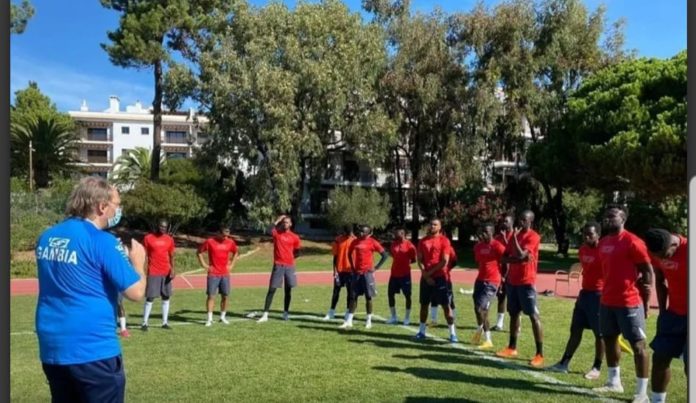 This development is necessitated by the Guinea Officials whose majority of players are confirmed to have contracted the Covid-19 virus while on camp in Portugal, GFF said in a statement on Monday.

The statement added: “This information is been communicated to the Gambian officials by the Guinea Football Federation and had further informed FIFA and CAF about the development and thus formally called off the match that is been scheduled to take place on Tuesday 13th October 2020 at 5pm.

“In fact, according to the Guinea Officials, out of the Nineteen players at camp, Five have been tested positive of the Covid-19 virus while another Five have sustained injuries in their game against Cape Verde and virtually been left with only Nine players in the squad prompting their inability to observe any competitive match.”