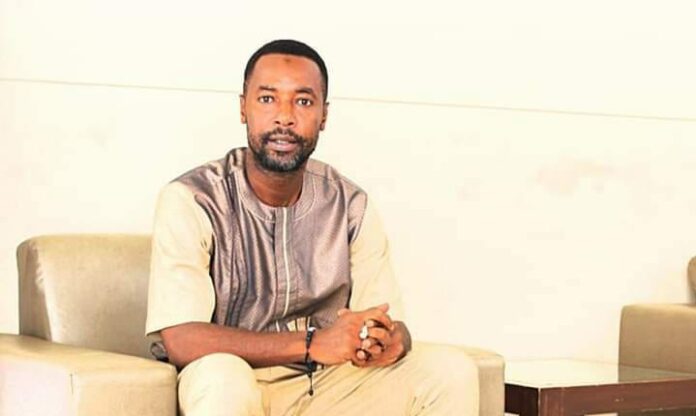 The National Assembly Member for Janjangbureh, Honorable Omar Jammeh, was today 20th September, denied by the speaker of the house, Hon. Fabakary Tombong Jatta from addressing the per diem case which involved the wife of the sports minister, Bakary Y. Badjie, while he was debating the President’s state of the nation address.

Jammeh, who was an active youth leader, said he won’t end his debate on the President’s speech about youth and sports without expressing his disappointment over the per diem allocated to sports minister Bakary Badjie’s wife, which he said, is a public fund.

“I cannot conclude youth and sports without registering my disappointment with the Honorable Minister. I was on social media to show my disappointment about him about the allowances that were allocated to his wife, even though he was out there on the media to say that it was an oversight; it was a mistake, he sought advice from….”

At this point, he was interrupted by Bilal G. Tunkara, the majority leader who raised the issue that what Jammeh is saying was out of order.

“The minister’s travel to Commonwealth Games or the UK has never reflected in the president’s speech. He added that such an issue can be debated later.

It was at this point that Fabakary Tombong Jatta spoke as the speaker to make a ruling on the point raised by Hon. Tunkara. He ruled that Hon. Omar Jammeh’s point is out of order.

“I think this is out of order, to be honest. You have a right to speak about issues as it pertains to whatever you called them. But in this specific issue, I think this is out of order”, the speaker ruled. The persistent Janjanbureh NAM, who was not happy with the ruling, told the house he cannot continue his debate without reflecting on the statement of President Barrow on the success registered at the Commonwealth Games in London.

“It is clearly stated by the president the successes registered in the Commonwealth games, so why are you denying me from speaking?” Hon. Jammeh asked the speaker.

He then insisted: “Mr Speaker, I will still continue to speak about the allowances allocated to the minister’s wife, which was a public fund.”

At this point, FTJ, gave out a final warning to Honorable Jammeh not to talk about the sports minister’s wife allowance saga.

The disappointed NAM then unwillingly unwind his case but questioned the importance of the parliament.

“Honorable Speaker, I will rest my case specifically on the minister seated here (Bakary Y. Badjie), but I will continue to say that corruption is at its peak in the Gambia. Here is the platform that we have to share our views. Not only our views but the views of the electorates. So, if I should be condemned to speak about those trending issues that are affecting our daily lives, I will still want to question the use of this august parliament,” he remarked as he shifted the debate to tourism.

The National Assembly is currently debating President Barrow’s State of the Nation’s Address.