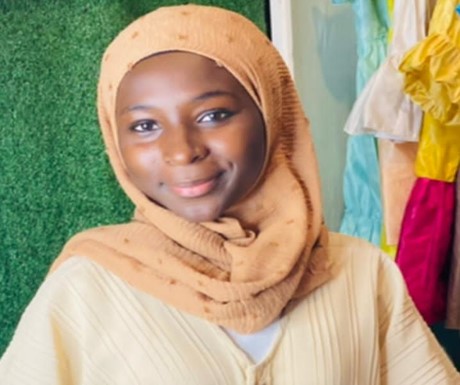 The daughter of the ‘murdered’ former United Democratic Party Youth Secretary, has called on the government of the Gambia to provide justice for her father who is said to have been murdered by the state in April 2016.  Solo Sandeng and a host of other UDP members were arrested on the street in protest on April 14, 2016.

Jainaba Sandeng, who was very connected to Solo, told Fatu Network that the family feels betrayed by President Barrow’s government and urged for justice to be done on his father’s case.

“Money, sweet words and pretence cannot heal our wounds. What we need is a proper burial and justice to prevail for our father.”

Jainaba recollected the day her father went out on the street and never came back.  She depicted the day as the gloomiest day of her life and has lost hope in everything.

The then 15-year-old 9th-grade student said in the morning of  14th of April in 2016, her father took them to another house noting that he was going to have a meeting at home with his colleagues little did they know that that would be his last conversation with them.

” I was the closest child to him”, Jainaba recalled upon receiving the news of her father’s passing.

” I was sick.  I would usually have a flashback of his face and then I will pass out whenever it happens. The most genuine part of my life was murdered on this day and  I will continue to leave alone for the rest of my life”, she asserted.

Ebrima Solo Sandeng and others were apprehended by the state security officers in 2016. He led a protest in the Street demanding electoral reforms under Yaya Jammeh. After his arrest, he was reported to have been tortured to death by the then state intelligence officers.

This began a week of terror for the Sandeng family in The Gambia. The family will later hide in the country for a week before moving to exile in Senegal.

Jainaba, who was about to sit for her exam in grade nine would later secretly come back to do her exam in May despite all the treats directed to the family. They eventually returned home in January 2017 when President Barrow was sworn in as the country’s president.

Now a  final year student at the University of The Gambia, Jainaba said close family members and some samaritans have been helping her with her education since the demise of Solo.

It has been six years now since the demised of her father, Solo Sandeng is yet to be given a proper burial. His dead body is still at Edward Francis Small Teaching Hospital.   The 21-year-old Jainaba called on the Barrow government and reminded the president of his vow to the family.

“He promised to prioritise my father’s case and bring the killers to justice. It has been five years and still no progress. We want to remind him of this promise. We need Justice for our father”, she voiced.

His demise in the hands of the state securities motivated his party leaders in the United Democratic Party to go out on the street demanding his body dead or alive.   These people would later be arrested two days later, prosecuted and sentenced to prison until January 2017 when Jammeh left the country.