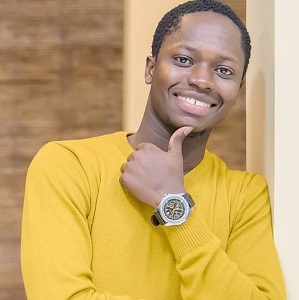 The already fragmented and isolated Monkey Park is set to be a neighbour to a state-of-art embassy after its initial destruction of a part of the area for a conference centre.

The government of The Gambia could sell a different piece of land to the US government but not the great legacy of Sir. Dawda Kairaba Jawara (ITC). Environmental protection and conservation of ecologically sensitive and fragile wildlife ecologies in the country is not a priority for the government. The edge effect, fragmentation, and isolation effects on the park are already appalling let alone a massive construction in it or by it (as they wordplay). This act is not to be blamed on population growth but instead, on the desire for money and poor environmental governance.

From experience, the Gambia government is very economical with the truth. So was the embassy in their previous press statements on the matter. The government spokesperson after denying the allegations, today AG Chambers confirmed selling/allocating the ITC/Monkey Park to the US Embassy. Visibly, the Embassy’s desire for proximity to the ocean is no secret in this case. There are many places along the 81km coastline.

The decision to destroy, relocate and increase human activities within the remainder of the monkey park area is insensitive, shameful, and disgusting. The park and the ITC are one complex with a shared biodiversity and ecological niche of many species. The intended construction will further destroy the park just as they faked the building of the conference centre with propaganda that destroyed the best part of the park.

The eventual destruction of the monkey park is right here irrespective of their calculated and tailor-made press statement to conceal the truth. If a government normalized the death of 70 children due to their negligence and poor governance, who am I to think they will care for non-human beings? This is just the result of an excessive desire for “Benefits & profits”.

Beyond a utilitarian vision, see the intrinsic value of nature, the regulatory ecosystem services it provides, and the spiritual healing it offers to tourists and visitors. Sadly, humans claim dominion on earth but forget that like Scar in the Lion King, care for all life forms becomes a divine responsibility.

While pondering over what prompted such a decision, I wonder what will become of the newly built Food Safety laboratory on the ITC. What will become of the already endangered species in the park? Probably name the embassy after Jawara to cover shame as they did with the conference centre. Species abundance and richness have dwindled over time except for the primate population (observatory thoughts) and this act will lead to the ultimate destruction of the park.

The normalization of the government’s acts of destruction of state-protected lands and the selling of such sensitive areas is utter disrespect to humanity and our common good (intra-and intergenerational equity).