Sintet village: Daughter reuniting a divided village through WILL 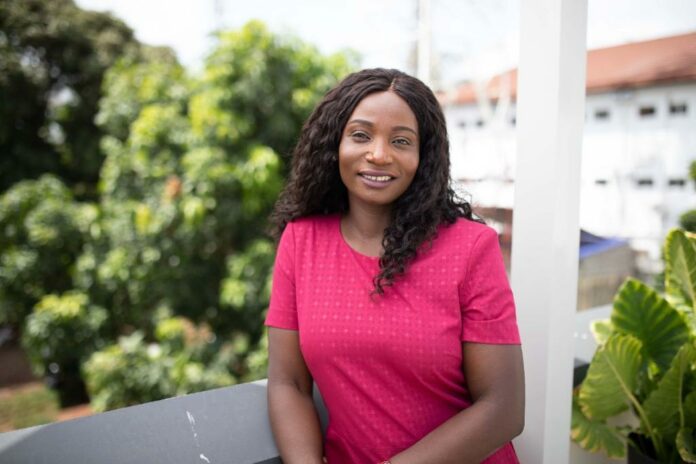 December 1983, in Sintet village in the Foni Jarrol Constituency, West Coast Region of The Gambia, Fatou Baldeh was born, a baby who would turn into an inspirational and phenomenal woman more than three decades later to reunite a divided village in the post-Yahya Jammeh era through her WILL organization – Women in Liberation and Leadership.

Born in a once united village of Sintet and educated in the United Kingdom, Fatou Baldeh MBE, with a Master’s degree in Sexual and reproductive health, has soldered a responsibility on her head to unite a village that has been divided politically since January 2017, when former President Yahya Jammeh was forced into exile.

In 2009, former President Yahya Jammeh with a galaxy of enablers went to Sintet village on a witch-hunting mission. This gave birth to an unpleasant outcome for several women in the village who were taken to Kanilai and forced to drink concoctions whilst some were raped. Many were victimized and ostracized, families suffered, and neighbours were divided, friendships were ruined over the Jammeh witch-hunting mission in the village that houses different ethnic groups. This, once a united and peaceful community, has turned into a village whose people don’t speak to each other or lost trust in each other.

“I can remember a few years ago when I came to visit my uncles, I saw my late father’s friend whom I knew very well growing up. I told my uncle that I wanted to go there and say hello to him. They asked me not to go because they don’t speak to each other. That really made me sad. My dad is late and seeing that man reminded me of my father. And I was so sad to see that a community that was once very united…

Three years on from that incident, Fatou Baldeh has now handed over a 100 by 100 meters women’s garden to the village women through her organization.

Women in Liberation and Leadership (WILL), is Fatou Baldeh’s organization, established in 2018. The focus of the organization is to empower women and girls through economic empowerment and teaching women and girls about their sexual and reproductive health.

When The Gambia government established the Truth Reconciliation and Reparations Commissions (TRRC) to look into the gross human rights violations under former President Yahya Jammeh, Jammeh’s witch-hunting victims in Sintet refused to go to the TRRC for fear of further disuniting the people in the village since TRRC was referred to as a witch hunt against the former president and his enablers.

WILL, led by Fatou Baldeh, went back to the village and engaged in informal truth-seeking. This availed them the opportunity to engage victims of Jammeh’s witch-hunt who opened up to them about the ordeals they faced.

Over the past three years, Fatou Baldeh and her organization have been working with these victims to support them.

“We wanted to know how we support the women victims in Sintet. When we engaged them, they informed us that they wanted a community garden”, Fatou Baldeh MBE revealed to TFN.

Fatou and her organization then engaged the Alkalo of the village who gave them 100 by 100 meters of land for the women to begin gardening.

Fatou, with a desire to help women, sought funding and secured funds to get materials for fencing and borehole. The villagers, however, voluntarily laboured to fence the garden for the women.

On December 10, 2022, scores of women joyfully gathered in the village including the National Assembly Member for Foni Jarrol Constituency to grace the occasion to witness the opening and handing over of the garden to the women. Meanwhile, Fatou was showered with praise for having the foresight to help women in the village. At around 16:30, Fatou handed over an enormous garden with boreholes to the women in the village.

Sintet is a diverse village where Mandinkas, Jolas, Fulas and Wolof speech each other’s language fluently. This was disparaged by former President Yahya Jammeh whose brutal rule and persistent human rights violations divided the villagers.

With the 100-by-100 land garden and a borehole in there, Fatou Baldeh is convinced that the garden will not only give economic assistance to women but also reunite the Sintet natives.

The garden, according to her, will also serve as a memorial to the people of Sintet for what had happened to the women in 2009 through Yayha Jammeh’s witch-hunting escapade.

“I want them to use the garden as a safe space. When women are in the community, sometimes they want to discuss women’s stuff that they don’t have a safe space to discuss. The garden is also a form of memorial so that people remember what happened in Sintet. This is in addition to the economic gains that women will have in this garden. We’re also hoping this garden will rebuild the community around peaceful and social cohesion that will be strengthened by the garden,” she told TFN.

The women in the village, without a garden for a while now, promised to take care of the garden and make it community owned.