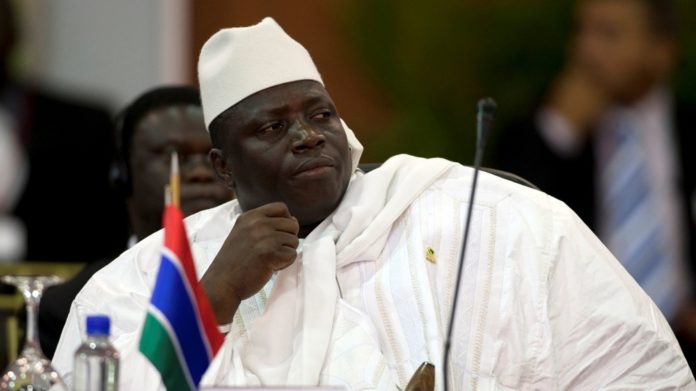 Edward Singhatey has relived moment he grabbed former President Yahya Jammeh by the arm and put him in a vehicle when the former president attempted to chicken out during the implementation stage of the July 22nd coup.

On the day of the coup on July 22, 1994, hundreds of soldiers led by Mr Singhatey marched from Yundum Barracks to Banjul to seize State House. Jammeh who had been a member of the group that planned the coup was present as troops mobilised but the man who would later become the face of the takeover as the leader of the new transition government exhibited signs of cowardice well before the troops started marching.

Mr Singhatey recalled on Wednesday during the start of his testimony at the TRRC: “When he tried to opt out, I told him, ‘no, it’s not what we agreed.’ So I grabbed him by the arm and put him in one of the trucks.”

Mr Singhatey is testifying on his role in the human rights violations that took place in the 22 years rule of Jammeh.

His testimony continues and he is expected to give evidence on his role in the executiion of over a dozen soldiers in November 1994. He will also testify on his role in the brutal murder of former Gambian minister Ousman Koro Ceesay.