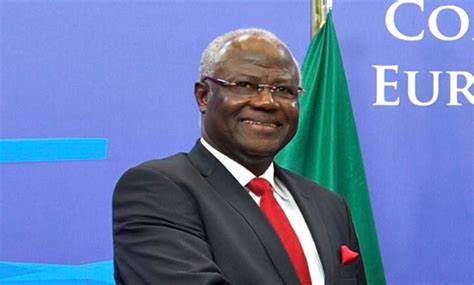 The immediate past President of Sierra Leone, H.E. Dr. Ernest Bai Koroma, is set to lead another Elections Observation Mission to the Republic of Gambia for that country’s Presidential Elections scheduled for 4th December 2021.

The Former President will today depart Sierra Leone for Banjul and is expected to be joined by a team of 50 (fifty) ECOWAS elections experts and observers drawn from the 16 ECOWAS member states. These include Government representatives, ECOWAS Ambassadors accredited to Abuja, Members of the ECOWAS Court of Justice, Representatives of the Electoral Commissions of Member States, Civil Society and the Media.

A letter signed by the ECOWAS Commission President, Jean-Claude Kassi reads; “In the hope of benefiting once again from Your Excellency’s rich experience, diplomatic skills and the great leadership that you have demonstrated over the years, I kindly beseech your availability to lead the ECOWAS Observer Mission.”

The Observation Mission team will, among other things, leverage on documents put together from the fact-finding Mission and the report prepared by the Long Term Electoral Observer Mission (LTEOM). The team will also hold high-level consultations with key stakeholders in the Gambian electoral process.

Former President Koroma has expressed satisfaction at the confidence reposed on him by the subregional body to once again lead a Mission to a crucial Presidential election such as the one in The Gambia.  “I will continue to render my service for the furtherance of peace, security and democracy in the sub-region and the rest of the Continent. It is only through relentless sacrifices like these that we will be able to achieve the Africa we want – an Africa where peace, democracy and human rights are integral in our quest for political and economic freedom”

The December 4th elections in the Gambia is the first to be held after President Yahya Jammeh, who ruled the country for over two decades, was defeated in 2017 by then opposition leader, Adama Barrow. Five candidates already cleared by the Gambian electoral commission will be facing President Adama Barrow in the elections.

Share
Facebook
Twitter
WhatsApp
Linkedin
Viber
Previous articleELECTION REFLECTION – An assessment of the candidates for the December 4, 2021 Elections in The Gambia
Next article“The Presidential Election Slated for 4th December 2021 will go on as scheduled”- IEC Boss, Alieu Momar Njie says