Sierra Leone: Journalists Call for Probe Into “Harassment” of Reporter 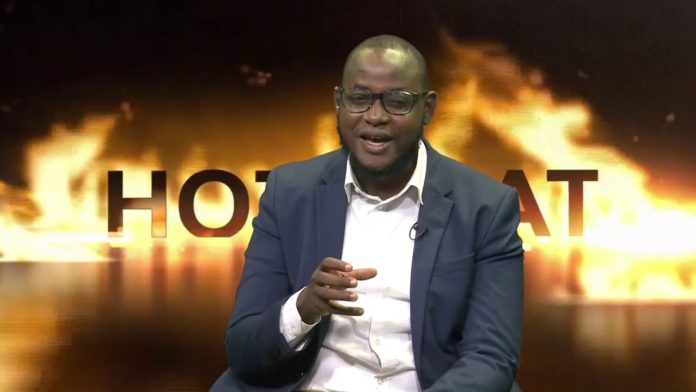 Journalists in Sierra Leone are demanding a probe into alleged harassment and intimidation of a reporter by officials at the country’s Lungi International Airport.

Amadu Lamrana Bah, who works for the Freetown-based Africa Young Voices (AYV) television, said he was maltreated by airline officials while waiting to board a plane as part of a delegation that was headed to Cameroon for the ongoing Africa Cup of Nations (AFCON 2021) tournament.

Bah was on a reporting assignment, under the sponsorship of his media. He said after going through the necessary check-in processes, his name was repeatedly announced via the airport public address system, requesting him to report to the Air Maroc check-in desk. He said when he arrived, his tagged luggage was thrown at him and he was told that his name was not on the list of passengers.

The journalist said he was only allowed to board the plane after the intervention of a senior fellow journalist who was traveling on the same flight.

“I felt humiliated as other passengers were looking on as I continue to ask what is happening,” he lamented in a posted on his facebook page shortly before boarding the flight.

Bah, who is the President of the Sierra Leone Reporters Union, heads the Digital Media department at AYV.

He told ManoReporters that he believed the attempt to stop him from traveling to Cameroon, a trip that was paid for by a GSM company, might have something to do with a post he had made on social media lamenting an uncomfortable experience they went through at the airport.

Although no one knows who exactly was behind it, as the airline officials told the journalist that they were acting on the “orders of someone above,” the Sierra Leone Association of Journalists (SLAJ) holds the management of the Sierra Leone Airport Authority and Air Maroc responsible for the incident.

“SLAJ vehemently condemns the behavior of the airport officials, including Air Maroc, and finds it unfortunate that the journalist was targeted because of his opinion,” it said in a statement on Wednesday.

“This is outright intimidation and harassment and constitutes a serious attack on free speech and press freedom,” SLAJ President, Ahmed Sahid Nasralla, was quoted in the statement.

Bah, who is now in Cameroun, said he still didn’t know who was behind his experience, but he was convinced that they were politicians.

“Those who were at the airport are from the Ministry of Sports, the Minister, his Deputy, the Leader of Government Business who is SLPP [governing party] and others,” he said, noting that no one had reached out to him after the incident.

Meanwhile, while reiterating its call for the safety and security of journalists, SLAJ said it is waiting for an official explanation and apology to Bah from the airport authority. It also calls for a “speedy investigation into the circumstances leading to their action and to expose whosoever gave that order to drop the journalist from the list of passengers.”

For many journalists, the incident serves as a reminder of the constant trouble they have to deal with in the hands of Sierra Leonean politicians who use their power to stifle free speech.

President Julius Maada prides himself as a pro-free speech president. And his government has used every opportunity to boast about actions taken in fulfillment of campaign promises geared towards this, including the removal of laws that criminalized free speech.

But campaigners say the president needs to go beyond passing laws and making statements, and act to contain his officials.

“No journalist, or individual for that matter, should be targeted for expressing their views. Authorities must learn to accommodate genuine criticism as part of their responsibility to the public,” said Mr Nasralla.