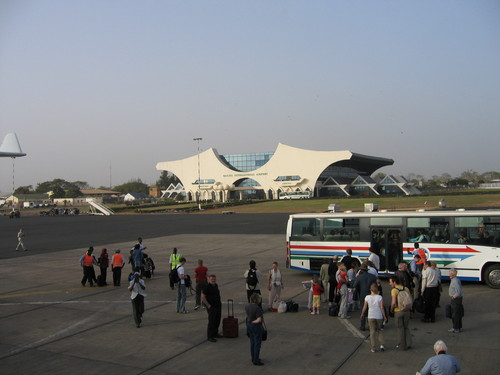 The Police have arrested one Babucarr Sowe, a senior commerce official at The Banjul International Airport allegedly involved in leaking confidential information to foreign partners.

Sowe has reportedly leaked information to Thomas Cook alleging that the runway at the Banjul International Airport is not safe for flights landing into country. He was allegedly dismissed by the Civil Aviation Board who reported the matter to the police for further actions to be taken.

Thomas Cook is the biggest tour operator from the United Kingdom to The Gambia. The Airline makes regular charter package holiday flights to the Gambia from four UK airports including Gatwick.

According to sources, the alleged culprit has named three accomplices at the airport who are currently under investigation.

The Police Spokesperson, Superintendent Lamin Njie has confirmed the incident.

Though, he has not revealed the content of the leaked information but said the matter is under police investigation.

“He is not yet charged until the investigation is complete,” he said.

Sowe is reportedly helping the police investigation team at the Yundum Police Station.

Meanwhile, the Airport Spokesperson was contacted but he declined to comment.