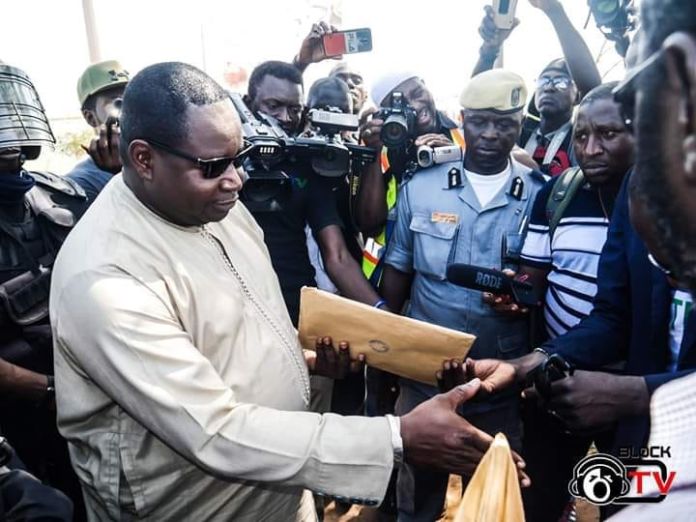 Government spokesperson Ebrima Sankareh has said he was ‘stupefied’ a people who claim they want a better government could stand in front of a government representative and insult his mother.

Thousands of Gambians on Monday took to the streets to ask President Adama Barrow to step down. The protesters, mostly members of pressure group Operation Three Years Jotna demanded Mr Barrow leave office by 19 January 2020 in line with his 2016 pledge to serve for only three years.

Government spokesperson Ebrima Sankareh met with the protesters at Denton Bridge as a special government representative where a petition was handed to him to deliver to President Barrow. The protesters had initially booed Mr Sankareh and rejected his nomination saying he was a ‘small’ government official.

But speaking to West Coast Radio in an exclusive interview, Mr Sankareh said the protesters insult his mother and that of the president.

Sainabou & Co: ‘You are not a Truthful Witness,’ Defence Counsel Blast PW5 for ‘Heard on Social Media’ Testimony