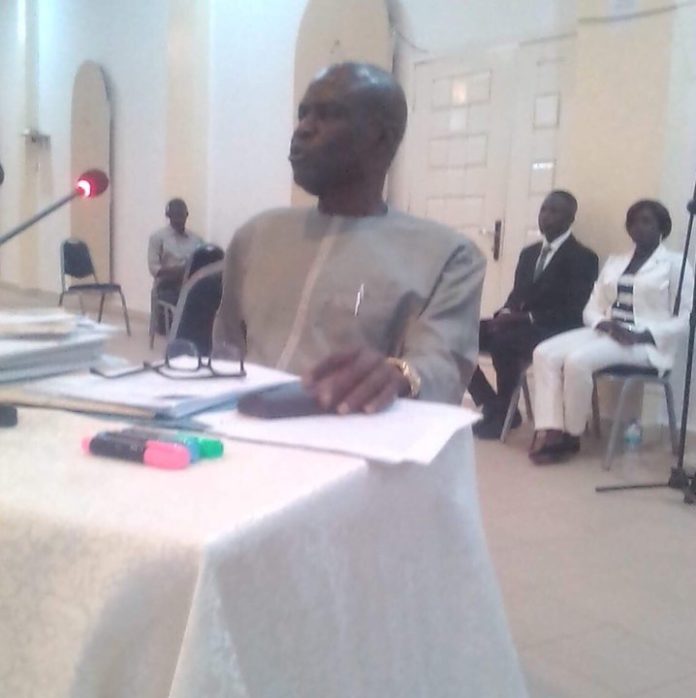 Business mogul, Amadou Samba, has described his relationship with former President Jammeh as “parasitic” as he reappeared before the Janneh Commission yesterday on matters relating to the construction of a recording studio and conference centre at Kanilai among other matters.

Mr Samba said the Kanilai works were done by Swami India Construction Company. He admitted signing numerous agreements on behalf of Kanilai Family Farms but made it clear he had no vested interest in the group and that the consequences would have been dire for him had he refused to sign the documents.

“Like I said, I have no vested interest in the affairs of KFF, and I don’t even know the managers or the general manager of the company. If there is any liability, KFF will be responsible for it and not me,” Mr Samba stated.

He confirmed that the president asked him to find workers to construct four houses for him in his compound but said he did not know the cost of the houses since there was no formal contract.

Mr Samba told the commission that Jammeh used his company, Gamsen, and its resources, to build the said four houses, claiming that some of his materials are still in Kanilai for 20 years and he dared not ask Jammeh about them.

He testified that the fishpond and the three- storey building in the president’s Kanilai compound were built by CSE but did not know who built the military school.
Mr Samba further testified that Jammeh would occasionally ask him to do some work for him and he would use his own money and when he asked the president he would tell him “different stories”.

Samba, a trained lawyer who became one of The Gambia’s most successful businessmen, further explained to the inquiry that he did not play any role in the management of Sindola Hotel in Kanilai except when he was asked to be a signatory to one of the accounts.

He continued: “My relationship with Jammeh was parasitic because anytime I compete with him I will lose and emotionally I was suffering and these were the hazards I was going through. I was never involved in politics but when Jammeh came, he would call me and ask me why I was not at meetings. I was doing my business in the UK. I started my business in The Gambia in 1986 but when Jammeh came, it was different because of the competition.”