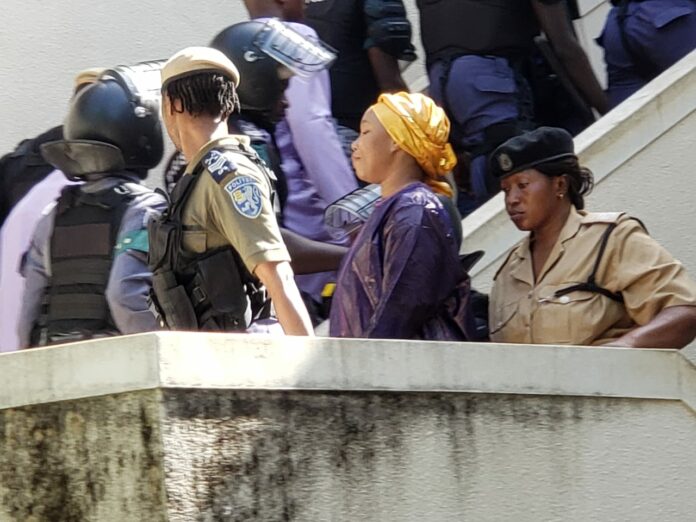 The ruling on the “no case to answer” submission filed by the defense in the manslaughter trial involving Sainabou Mbaye and two others has been scheduled for the 6th December 2022 following the adoption of briefs on the 17th November where the defense counsel, Drammeh, argued that the prosecution has failed to prove charges against her clients.

“We submit that the charges are not proved because no prima facie (evidence sufficient to establish a fact or raise a presumption unless disproved or rebutted-Cornell Law School) has been made…the particulars of offence have not been made at all,” defense counsel, Drammeh submitted at the adoption of their briefs.

The defense filed the “no case to answer” submission on the 31st October and the prosecution also filed their reply on the 14th November.

The prosecution has called seven (7) witnesses in the trial, four (4) of whom were police officers, a doctor at Africmed, a neighbor of the accused persons and the mother of the deceased, Baby Muhammed. Despite the evidence of the seven witnesses, the defense team believes the particulars of offence have not been proven.

“Clearly, you need to prove that there was an unlawful act and that unlawful act led to the death of Muhammed (the deceased). I submit that none of the defendants unlawfully locked him (the deceased) in the vehicle,” Drammeh submitted.

The defense also submitted that most criminal offences have mens rea (consciousness of the perpetrator while committing an act), noting that there was no evidence of such in the case.

“When the first accused (Sainabou) was on her phone, you cannot say the child was under her care. The witness said she put the child under no one’s care. The brief of the state makes no reference to the mens rea,” she argued.

The defense counsel urged the court to uphold their “no case to answer” submission.

The State on the other hand urged the court to disregard the said submission.

It will be known on the 6th of December at 10am, whether the “no case to answer” submission will be upheld or otherwise.

Share
Facebook
Twitter
WhatsApp
Linkedin
Viber
Previous articleFarmer in pain as trader ‘escapes’ with D45,500 worth of watermelon
Next article“This will be the last time you come late to my court or else…” – Judge warns prosecution in murder trial