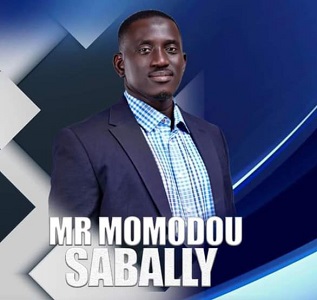 Momodou Sabally, former Secretary General and Head of the Civil Service and now a prominent member of the opposition United Democratic Party (UDP), has filed his defence against businessman Abubakary Jawara, following the latter’s D8 million suit against him.
Mr Sabally has, in his Statement of Defence, denied in its entirety the claims of the plaintiff (Abubakary Jawara) and the reparations he seeks.

“The entirety of the Plaintiff’s pleadings, claims and assertions, are simply false innuendo and even where the statements conveyed a certain meaning, such a meaning was incapable of being defamatory as alleged by the Plaintiff.”

“The Plaintiff did not suffer any reputational or financial harm as a result of the Defendant’s statements and/or actions and it is further denied that any loss that the Plaintiff is able to prove was caused by the Defendant as alleged or at all.

“The Defendant invokes the defences of truth or justification, honest opinion or fair comments and that the various statements were made pursuant to public interest,” he stated in his Defence.

Sabally, who is a fierce critic of the current administration, said the letters the Plaintiff relied on are afterthought fabrications, adding that the Plaintiff would not have waited this long if he was indeed defamed.

“Even if the Plaintiff is able to show harm, this cannot be attributed to the Defendant [Sabally] as alleged or at all. This action is premised on defamation, yet the Plaintiff waited 22 months, almost two years before instituting this action.

“The substantial delay in bringing this action shows that this suit lacks merit,” Sabally noted in his Statement of Defence.

Mr Jawara filed an 8 million civil suit against Sabally back in October for defamation and slander and asked for an unreserved apology. The defendant appeared before High Court in Banjul in November to respond to the suit filed against him, before the case was adjourned to January next year pending the filing of defence by the defendant.