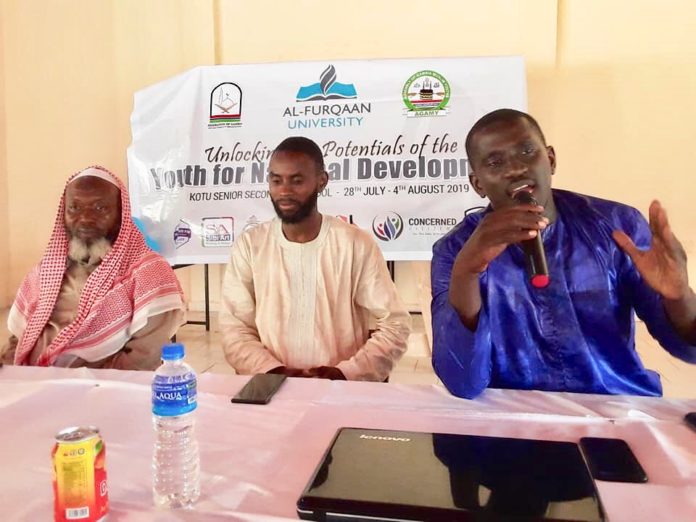 Former Secretary General and Head of the Civil Service Momodou Sabally, has called on young people to become the agents of peace, stability and harmony in our communities.

Sabally was speaking at the official closing of the summer youth camp Al-Furqaan University organised by the Assembly of Gambia Muslim Youth (AGAMY) in collaboration with its affiliate body the Federation of Gambia Muslim Students Organisation (FEGAMSO), on Sunday August, 4, 2019 in Kotu.

In his keynote speech he asserted the need for the youths to avoid any unhealthy agitations or violent protests. He advised them to also relate with members of the nation’s security services as brothers and sisters. “Those who have decided to put on the uniform in service to our nation to maintain peace and human security, are human beings like us and we should always honour them and treat them with respect.” 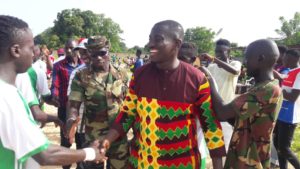 Sabally went on to emphasise the need to solidify our existence religious tolerance. “We must continue to nurture our cordial relationship with members of other faiths. Let us continue to treat our Christian brothers and sisters with respect just like they treat us with respect.”

Speaking earlier during the summer camp on the theme “Unlocking the potential of Youths for National Development”, he emphasised the need for young people to invest their time and energy in acquiring sound and relevant education that can be useful in their quest for self-actualisation. He however called on government to play its role in the area of policy formulation:

“I am asking you to ask your country to give you the KEYS to unlocking your potential. And those keys are first, EDUCATION; Good quality education. And the second one is the necessary incentive mechanisms for human productivity, innovation and creativity. We must create the space and the energy; the ecosystem for talent and skills to thrive. The market should be able to reward and motivate our youths to express themselves and exercise their potential. And where the market fails, government must step in to correct what we call “market failure” in economics.”

Speaking to the youths of Foni Kansala in Bwiam the previous day, Saturday, August 3, Sabally reiterated the message of peace and respect for members of our security services. Sabally, who was the Guest of Honour for the final of the Foni Kansala Football Tournament, commended the young people of the area for their sense of discipline and peaceful approach to their sporting and other youth engagements.

Earlier, on the same day, Saturday, August 3, Sabally appealed to Gambians to maintain peace and tolerance by embracing dialogue and eschewing intolerance and violence. Addressing hundreds of delegates gathered at the Semega Janneh Hall in Latrikunda, as guest speaker at a media forum organised by the group “Gambians for 5 Years and Peace Building”, he asserted the need to abide by the laws of the country as promulgated in the nation’s constitution. 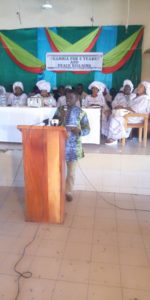 He commended the organisers of the forum and shared his thoughts on the theme of the forum:

“The contentions that may bug us right now, can, and should be resolved through dialogue. There is no room for conflict in this family house called Gambia. The constitution of the republic is unequivocal regarding the mandate of our elected President. It is 5 years and that is what I support!

“But do I have the right to shut down the voices of those who clamour for 3 years? No! Should I threaten those who make reference to the coalition agreement, No!

“But we can sit down and talk. And the coalition leadership should lead this dialogue. In the absence of that entente, it is only fitting and commendable that patriotic citizens like this group come together to call for dialogue and consultation with the ultimate aim of peace.”