Rise of The Gambian Atheist 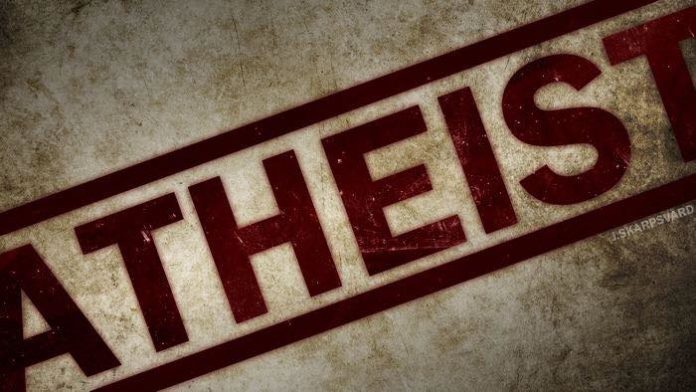 Until recently, it could be said that there’s no Gambian atheist. If there was, he certainly held his unsavoury beliefs close to his chest. There’s the mushrooming however, of the new Gambian, who proudly wears his atheistic beliefs like a badge of honour, and argues with the believers from an altitude of haughtiness, with an attitude of condescension.

It was only yesterday, when I came across one of them advising us not to fast, due to its harm on our health. It was hard not to laugh at the lack of any intellect behind that ill advice. I mean, how unread do you have to be, to not know that the medical world is near unanimous as to fasting being the best thing since penicillin! This ignorance of basic knowledge and common sense has been at the crux of disbelief in God, from time immemorial. It seems to me, that one has to be deficient in basic common sense to become an atheist. How else? Perhaps this anecdote will help.

A man came to two people and showed them a mango seed. He urged them both to take care of it as there were hundreds and thousands of mango seeds in it. The first one laughed and taunted him. “How can there be a 100 000 mangoes in this little thing?”

The second one saw the sense in his statement and grew the seed. After a few years, when the mango grew and bore fruits, the other realized his narrow mindedness, and pledged to grow them too. He died that year!

When atheists ask for proof of God, of the hereafter, of matters of the unseen, and of faith, I’m often tempted to dismiss them and wait for death to be the judge between us, that we may know who was right. However, my belief in an afterlife of damnation for atheists makes me pity them, and I’d engage them, at least for a while.

See, when two babies are in their mother’s womb, and one of them is delivered, does it not stand to reason, that the one who yet remains in the womb would perceive that his twin sibling is dead? We excuse that assumption, because the intellect of the baby is yet unformed, and the world outside of the womb has yet not manifested to him.

How ridiculous would it be, if you see a grown man crying, because the internet connection has failed and he can no longer see his friend on Skype, so he assumes that he must be dead? The same way, the misunderstanding of disbelievers amuse us, for that which we understand without questioning, they poke silly questions at, thereby, only making themselves look foolish in the process.

The oxygen in the world is set at 22 percent. At 24 percent, accidental fires in the world will increase by too many folds as to make life on earth unlivable! The earth observes a rotational breakneck speed of thousand kilometres around the sun, which by the way also rotates. If the sun moves any closer to the earth, the world would explode like popcorn! Move the sun any further away from the earth and there’ll be no life on here. Who sets the speed of these two giant bodies? Who controls the equidistance? Which scientist calculated and pegged oxygen at 22 degrees? We could go on and on.

We tell them, that we’ll only believe a world without a Creator, when they can cause a big bomb to explode in a stadium full of people, and the only effect from the explosion is that everyone in the stadium is placed right back in their car. Indeed that’s an easier thing to do, than for the perfect world in which we live to have come from a random explosion.

So, while we bear a bit of hunger to please the One who fashioned us in the womb, and to Him is our return, we pray for peace for our brothers in Palestine and all the oppressed around the world.

Views expressed in this publication are those of the author. They do not purport to reflect the opinions or views of The Fatu Network

The Most Wanted Man At International Criminal Court