More Revelations At The Janneh Commission 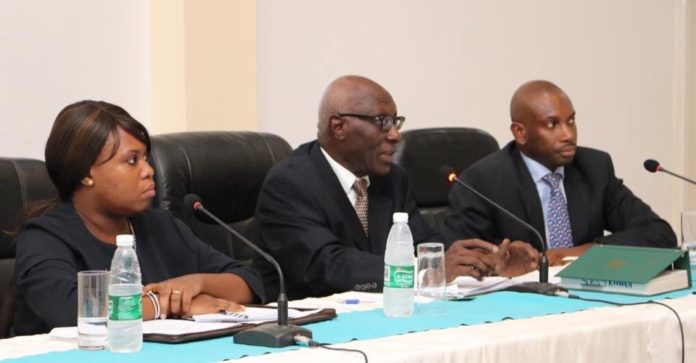 The Managing Director of Trust Bank, Ebrima Sallah Thursday faced the Janneh Commission to explain the deduction of funds from various accounts relating to the former president and Jammeh Foundation for Peace among other accounts.

Mr. Sallah in his evidence confirmed the deduction of over $100,000 transferred to various accounts, noting that Jammeh was a signatory to all the accounts that funds were deducted and transferred from.

He however told the commissioners that he had not seen the facility letter indicating the terms and conditions of the loan with regard to the Jammeh Foundation for Peace accounts; adding that no correspondence was shown to him and concluded that the document was not at their office.

According to him, Jammeh was the one administering and giving instructions transactions on the Foundation’s accounts and other related accounts

Mr Prom Junior testified that the said loan agreement was a 3- year grace period with no interest, further stating that the sum of $7,810,115 was paid to Kanilai Family Farms as advance dividend by Westwood Company from the years 2015 to 2016.

Junior Prom also told the commission that he has the tenancy agreement between BPI Tourism Services and Westwood Company and the sum of $40,000 was the annual payment agreement.

Anthony Panetta, consultant for BPI Tourism Services also reappeared to shed light on the Westwood Company and tendered the memorandum and article of association of the company and other relevant documents and information about the company which were admitted in evidence.