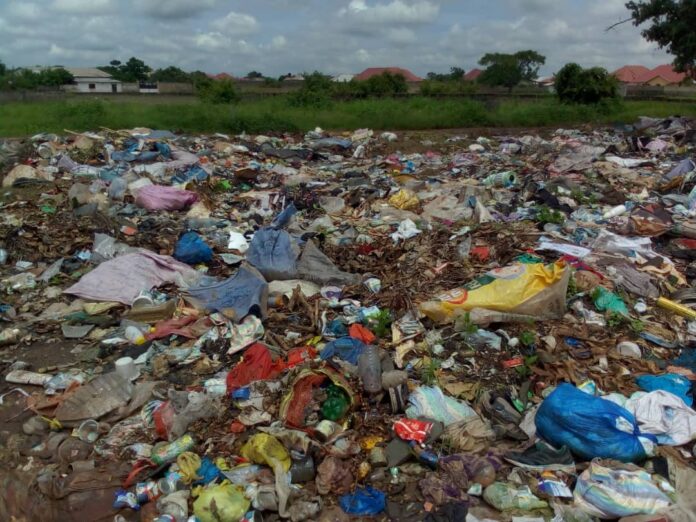 The residents of Brikama Borehole and Daru Power Station have frowned at the indiscriminate dumping of waste on the roadside, saying it exposes them to health risks.

The outcome of indiscriminate disposal of solid wastes exposes humans to environmental degradation such as flooding, drainage obstruction, widespread infectious diseases, cholera, diarrhoea, fever, and waterway blockage which leads to the infestation of flies, ticks and breeding of mosquitoes that cause malaria.

“Vulnerable groups such as children are at increased risk of adverse health outcomes. Poor waste collection leads to environmental and marine pollution. Children always play around open dumpsite and sometimes collect items there. It is not safe for them and metals can injure them as well,” Burama Sanyang said.

Most of the residents around these areas who spoke to The Fatu Network vowed to mobilize a vigilante group to confront the perpetrators.

“We will not complain anywhere but anyone we caught, we will force you to pick it up,” Fafoday Komma stressed.

“They walk while eating food and also carry their water along. So, as soon as they finished eating, they just throw it anywhere,” Lamin Dampha, another resident, told the Fatu Network.

On August 11 2022, four boys were seen littering leftover food and were confronted, which led to a mild fracas.

Most residents of Bafuloto and other nearby settlements trek due to the short distance between the settlements, however, nearby residents along the roadside expressed their frustrations over the attitude of travellers on foot.

Unlawful disposal of waste in undesignated spaces such as open or vacant land, bodies of water, and other areas are common in most settlements in urban areas.

“It is difficult to apprehend anyone because they normally throw rubbish around if they don’t see anyone,” Abdoulie Colley revealed.

Although, the issue of indiscriminate solid waste disposal is a global one. Modernization, high standard of living, increase in population, technological innovation and excessive urbanization over the years have drastically contributed to the generation of municipal waste, through industrial and domestic activities.

Environmentalists believe that the more emissions that we produce due to how much trash we generate, affect us long term. One can develop diseases such as asthma, birth defects, cancer, cardiovascular disease, childhood cancer, infectious diseases, low birth weight, and preterm delivery.

Improper disposal can lead to adverse health outcomes, for example through water, soil and air contamination.

Vulnerable groups such as children are at increased risk of adverse health outcomes. The poor waste collection leads to environmental and marine pollution.

Indiscriminate waste dumping is punishable under the Anti-Littering Regulations.