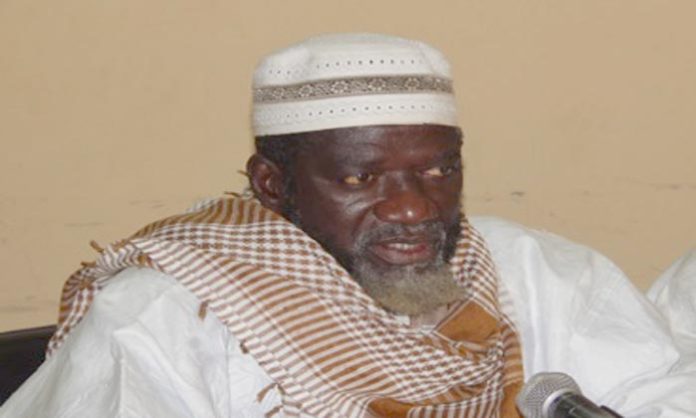 Part of the process for The Public Utilities Regulatory Authority (PURA) to grant television broadcasting licenses is to make a public announcement of received applications and invite the public to send opinions on whether the applicant should or should not be granted the license. As a registered civil society organization, the Supreme Islamic Council (SIC)  has every right to write to PURA to explain why they feel The Ahmadiyya Muslim Jamaat should be denied a license to have a television station in The Gambia. Hard as it is to accept, this bigoted view is shared by many Gambians. Regardless of how we feel about their opinion, they’re entitled to it. Similarly, I am also entitled to have an opinion on their opinion. I say it’s bigoted and hypocritical. I say this behavior by the SIC is a threat to Islam and it’s Monkey Business. I say it matters and we should not ignore it.

Bigotry – To call their actions bigotry is not an insult. It’s simply a description. The dictionary defines “bigotry” as “Intolerance toward those who hold different opinions from oneself”. The SIC is intolerant towards the Ahmadiyyas because they preach and practice a slightly different version of Islam, so they ask PURA to deny them the rights to free speech through a television license.  Like it or not, it’s the textbook definition of bigotry.

Hypocrisy – The Ahmadiyya Hospital has existed in The Gambia for several decades. Its doors have always been open to everyone – Muslims of all different sects, Christians and Gambians and non-Gambians alike. Nobody is asked for religious, tribal, racial or religious identification to receive treatment at the hospital. If the SIC were as concerned about religion as they want us to believe, how come we’ve never heard them calling for the hospital to be shut down? Instead, I am highly confident that many of the members and their families have gone to the Ahmadiyya hospital for treatment. The same argument can be made for two of the best high schools in the hospital – Nusrat and Tahir – both built by the Ahamdiyya, both indiscriminately accepting ALL deserving students that walk through their doors. Why has the SIC not advocated for shutting down the schools?

Threat to Islam – In their petition, the SIC claims that granting of a propaganda tool (TV licence) to the Ahmadiyya is “a post existential threat to the Muslim Ummah.” Chapter 109, Suratul Kafirun, teaches Muslims to follow their religion and allow believers of other faiths to follow theirs too.
Chapter 2, verse 256 – Surat Al-Baqarah also states “There shall be no compulsion in [acceptance of] the religion. The right course has become clear from the wrong.”

I would contend that by trying to shut down people of a different faith, the SIC is the bigger threat to the Muslim Ummah because they’re directly contradicting the teachings of the Quran.

Monkey Business – Putting emotions and ideologies aside, I asked myself “what has this group, SIC and the Imam Ratib, contributed to improving the lives of Gambians?” In the relatively shorter period they’ve been in The Gambia, the Ahmadiyya have built at least 2 schools and a hospital. The benefits of both are immeasurable. Despite their “supremacy,” I cannot name one thing the SIC has contributed to anyone’s life. They’ve been known for receiving cash handouts from the former head of state in exchange for them turning a blind eye to his atrocities against the Gambian people, but what else have they been useful for? I guess that with the dictator gone, the SIC need to find a way to remain relevant in the country. There are better ways to it than targeting minority groups.

I once said that any monkey can destroy, but it’s a lot harder to build. The SIC, rather than try to build their own television station to preach their version of Islam, finds it much easier to sit back and try to hold others back. I suggest that the SIC and its supporters try to focus on building – schools, hospitals or television stations. It will contribute positively to the lives of Gambians. Perhaps more importantly to them, it will attract more Gambians to their version of Islam…or whatever it is they truly believe.

Why it matters – It has been rather encouraging to see so many Gambians condemn the SIC for this petition. I was tempted to not write this because enough has been said on it already. Then I saw one more “scholar” supporting the SIC. This reminded me that we can never have too much condemnation of bigotry, and that every voice matters. Today the SIC is trying to shut down the Ahmadiyya because they’re a different sect of the same Islam. What if the Christians apply for a TV license tomorrow? Some Christians teach that Christ is the son of God. One of the most unacceptable sins according to Islam  is “having associates to God.” How is that any more acceptable to Islam than the Ahmadiyya teachings? So, would the SIC also petition PURA to deny Christians the rights to own a television station? We have a lot of coverage of Church services on Sundays on the national television (GRTS). Can the SIC petition GRTS to stop that “propaganda” also? Where does it end?
With all that said, I still respect the rights of the SIC to state their opinion. I also call on PURA to file that petition under “N”for “noise” or “nonsense”.

Share
Facebook
Twitter
WhatsApp
Linkedin
Viber
Previous articleA CASE FOR JUSTICE IN THE NEW GAMBIA: The Fate of a Nation (Part 3) – By Jamal Drammeh
Next article“Mai Fatty Was My Childhood Friend”–President Barrow