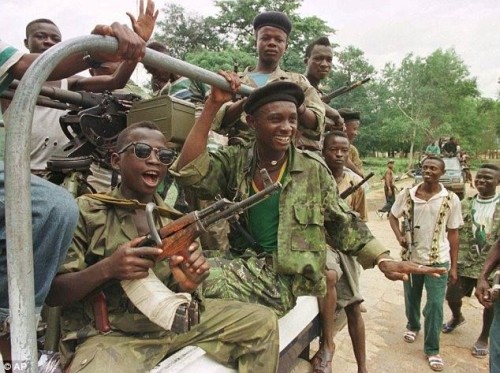 On January 6, 1999, the Revolutionary United Front (RUF) rebels attacked the city of Freetown, Sierra Leone’s capital and randomly massacred its inhabitants. This was just a fraction of the country’s civil war which lasted for 11 years (1991-2002).

They gunned down fleeing civilians, razed houses to the ground, rapped women indiscriminately, amputated limbs and gouged out eyes.

The RUF unleashed a wave of ruthless terror on Freetown, claiming more than 7000 lives according to Human Rights Watch (1999).

According to the report, James kajue, a resident of Freetown was stopped at gunpoint as he was trying to flee the city with his family. The rebels demanded money from Mr. Kajue, another rebel approached the scene and said,

“why are you wasting your time with these civilians? just kill them all.”

The rebel then emptied his AK-47 into the car, killing six members of James Kajue’s family, including his infant grandson. Human Rights Watch (1999) reported.

The major streets were littered with bodies, killed in cold blood, buildings reduced to rubbles. The invasion saw the death of thousands of Sierra Leoneans and foreigners and the displacement of hundreds of thousands of others.

According to the country’s Truth and Reconciliation Commission (TRC) Report, some of the root causes of the war (which are still prevalent today) were the abuse of human rights, lack of political space, curtailing of freedoms and civil liberty, economic and social deprivation, poor governance and corruption.