Re: Momodou Sabally — Let the People of Busumbala Decide, Man 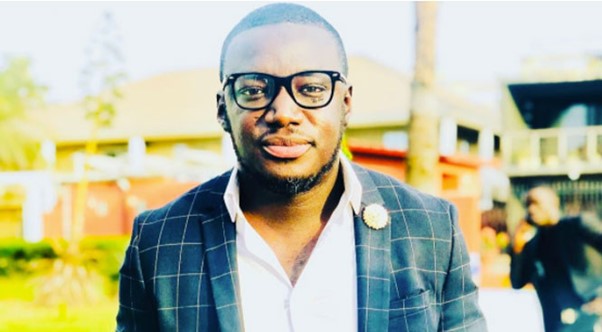 When the ruling comes down, a great many people would either rejoice or be crestfallen, which would be expected, because, you see, the art of politics is a sport — anything for the home team. And, in a hyper-polarized political atmosphere, partisans tend to see their opponents as “enemies” and/or “haters” who should be shunned or banned from the discourse, all the while sanctifying and defending their teammates.

Be that as it may, the idea or practice of banning political parties or politicians from running for office is, in my view, antithetical to the very idea of democracy — government of, by, for the people — where the supreme authority should rest upon and represent the will and whims of the electorate.

I have said this in many think pieces that democracy is not a destination, it’s a process and, in this process, the electorate, case in point — the people of Busumbala — should be the ones deciding the viability of representatives, not bureaucrats, commissions, or even unelected judges. The idea that unelected officials can ban politicians from running for public office should scare the bejesus out of us all.

Granted, Momodou Sabally is a hugely polarizing figure. He has been since the Jammeh days when he was one of the staunchest defenders and effective enablers of the Jammeh administration. Lest we also forget his infamous speech threatening an entire ethnolinguistic group. In addition, he is one of the most vocal political and dissenting voices in The Gambia.

I have had my fair share of disagreements with Mr. Sabally; however, that doesn’t mean that I, or anyone with principle, should join the chorus of detractors trying to deny him his birthright as a Gambian — the right to run for public office. Sabally and all Gambians of age should have the right to run for office.

It’s very possible that the decision to deny him of his birthright — the right to run for office — is legal, but just because something is legal doesn’t make it right or even democratic. In such a case, we need to revisit such laws because laws that infringe upon, arguably, the most sacrosanct aspects of democracy — the right to vote and run for office — should be corrected — amended.

And, yes, I have read some well-grounded, articulated, and nuanced legal arguments as to why Sabally can and cannot run for office. I’m not delving into the legalese arguments, I will leave that to the legal scholars. However, as a political scientist, my arguments here are mostly anchored in the idea of the demos and the state and why we should not limit the rights of individuals related to running for office, and why the voice of the people of Busumbala should triumph over any recommendation by a commission and unelected officials.

I hope the courts will do the right thing and leave it up to the people of Busumbala — and come to the April election — if they don’t want him — they would vote for another candidate. However, banning political aspirants based on recommendations by a commission and bureaucrats is bad policy and sets an illiberal, anti-democratic, and — potentially — dangerous precedent. If this works, who would be next? I mean, the executive can and will create another commission to go after its political detractors.

It’s chilling to think that executive branch bureaucrats — whose ranks swell with the most corrupt of personnel — can decide who’s fit and who’s not fit to run for public office.

I hope that the court, in the name of democracy, would do the “democratic” thing and allow Sabally to exercise his birthright and take his message to the demos of Busumbala.

To that end, I studiously submit to you that the collective employment of a humanist approach to politics — as opposed to parading history for condemning, banning, or for our collective feel-goodism — is one we should try to emulate.

Because, my folks, we do not want to perpetuate an illiberal system where we give the executive unchecked powers to arbitrarily ban individuals from running for public office. That’s an affront to democracy. It creates more crises than it solves and to that, I say, the answer to a conundrum in democracy, in essence, is more democracy, not less.