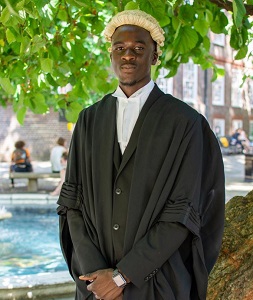 “President Barrow has authorised the Medicine Control Agency, through the Ministry of Health, to suspend the license of the suspected pharmacy and importer”

“(2) Producers, importers, dealers, suppliers, providers and all persons involved in the distribution chain shall be jointly liable under civil law, for indemnities deriving from injury or loss caused by the goods supplied or services rendered so long as the person who suffered the damage makes the request in a reasonable time after damage occurs.” [Emphasis added]

(a) The action complained against was-

(ii) due to reliance on information from another source

(iii) the act or default of another person

(v) caused by some other cause beyond control” [sic]

C. The merits of a case against the government of The Gambia

Limitation on who can be granted import licenses or permits

Enforcement powers of the Agency

“(1) The Agency, the Board, a Committee member or staff of the Agency shall not be liable for any loss or damage arising from any decision made or carried out in good faith in the exercise of powers or performance of functions under the Act and these Regulations.”

“(2) The Agency, the Board, a Committee member or staff of the Agency shall be liable for any loss or damage if the loss or damage is due to wilful misconduct, gross negligence or failure to comply with the Act and these Regulations.” [Emphasis added]

“Failure to comply with the Act and these Regulations”

D. The merits of a case against the World Health Organisation

“(a) The Organization shall enjoy in the territory of each Member such privileges and immunities as may be necessary for the fulfilment of its objective and for the exercise of its functions.

“Such legal capacity, privileges and immunities shall be defined in a separate agreement to be prepared by the Organization in consultation with the Secretary-General of the United Nations and concluded between the Members.”