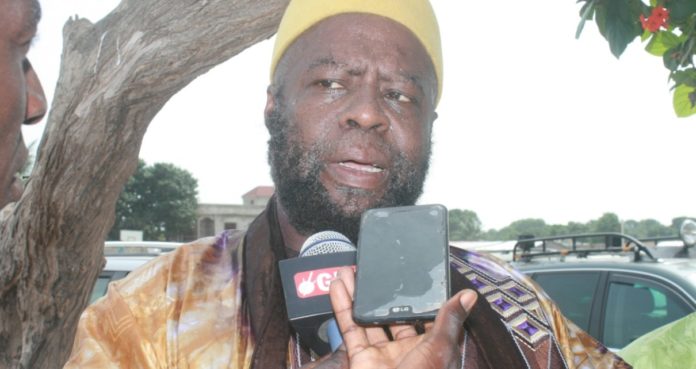 Imams under the banner of Majmouatou Rawdatul have announced their endorsement of UDP leader Ousainou Darboe.

Their statement reads: “Majmouatou Rawdatul was established in 2017 for the sole purpose of defending and promoting the mainstream Islamic values and precepts that our fathers and forefathers bequeathed to us through an impeccable chain of transmission that dates back to the epoch of Prophet Muhammad and his companions.

“The organisation arrived at the conclusion, after sober reflection, that our majliskunda/daara are the receptacles and citadels of the above-mentioned orthodox Islamic legacy of our ancestors. That was how Rawdat decided to join hands with all the majliskunda/daara of the country to fend off the onslaught of Arabic/Islamic graduates imbued and fed with Salafist/Wahhabi ideology, which is hell-bent on getting rid of mainstream Islam.

“The Salafist/Wahhabi surrogates managed to have a firm grip on the erstwhile regime of Yahya Jammeh because of his gullibility when it comes to matters pertaining to Islam. The then imam of the State House mosque was one of them as well as the former president of the Gambia Supreme Islamic Council and his cohort of aides of Salafist/Wahhabi proclivity.

“It was these Salafists/Wahhabis that instigated Yahya Jammeh against people like Imam Bakawsu Fofana, some other notable imams, Sheriff Muheedin Hydara of Sangajorr and many other clerics and Imams, who preached and advocated for everything antithetic to Salafism/Wahhabism.

“With the advent of the Coalition government under the stewardship of President Adama Barrow, Muslims, imbued with a sense of justice and moderation, converged to set up an organisation that upholds the basic tenets and principles of the traditional Islam that Gambians and all Muslims of the globe are au fait with. The organisation drafted a constitution and called itself Majmouatou Rawdatul Majalis (Nursery of Traditional Islamic Schools).

“The organisation made it an unshakable principle that it shall be a mere religious and apolitical entity but would seek the government of the day’s blessing. That was how it approached the head of state and introduced itself to him. He welcomed the initiative and professed his adherence to the organisation’s objectives.

“However, the head of state drifted overtime towards the Salafist/Wahhabi leaning Supreme Islamic Council and became openly hostile to Rawdat. He sidelined Rawdat and heads of majliskunda/daara to an extent that none is invited to any government-led religious event. The latest case in point was the inauguration ceremony of the president’s mosque in Mankamang Kunda. No traditional religious leader or imam was honoured with an invitation to grace the occasion. It was rather Salafists/Wahhabis of the ilk of Chebou Oggou Cham and Mohamed Lamin Touray, who officiated the entire event.

“In light of the foregoing and in a spirit of self-preservation and survival, Majmouatou Rawdatul Majaalis as well as all majliskunda/daara hereby endorse Ousainu Darboe for president and call on all the majliskunda/daara in The Gambia to do likewise.”