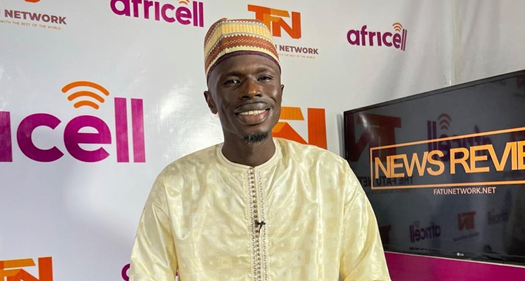 The National Youth President of the opposition Gambia Democratic Congress (GDC) has encouraged political leaders to join the race for seats at the National Assembly rather than wait for presidential appointments.

His comments came following Mai Ahmad Fatty’s announcement that he will be contesting the Wuli West seat. Cham said people like Mai must be encouraged as many of his colleagues who registered political parties continue to run after the incumbent, hoping to be rewarded with a position in cabinet.

“This is something that should be welcomed by every well-meaning Gambian. It is high time all these people registering political parties started looking into parliament too. Just look at the 2021 elections, a lot of political parties abandoned their parties and went to join Barrow for a so-called coalition, and we all know the reason why.

Today, most of those political leaders are just hanging around waiting for the incumbent to offer them positions. They should not wait. Let them go back to their constituencies and contest parliamentary seats under their parties,” Mc Cham Jr said

He added that being in parliament has far greater advantages than serving in Cabinet because parliament is where holding the incumbent accountable begins.

Cham challenged all the party leaders, especially those who supported President Barrow in his re-election to go back to the various constituencies and contest the National Assembly elections.

“Major decisions taken by the Executive cannot happen if not approved by parliament. All the budgets that go into our various Ministries are agreed upon and approved by the National Assembly. That means there is a lot of power that comes with being a parliamentarian. Senegal is a classic example where we have political leaders like Ousman who was in parliament before becoming Mayor in his constituency.

I implore people like General Lamin Bojang and Musa Yalli Batchilly to go back to their constituencies during this election and show their people what they can do for this country now that the Presidential election is over. Mai Fatty’s decision is commendable,” he said.